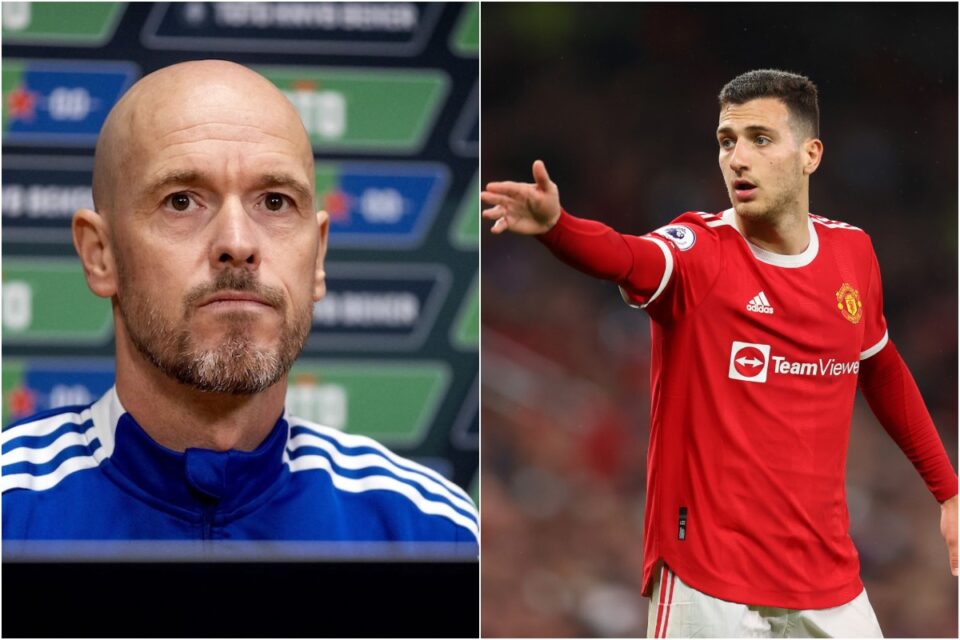 With the defender in excellent form for the Red Devils this season, Manchester United head coach Erik ten Hag is sure that Diogo Dalot will keep “progressing” and “growing.”

Since Ole Gunnar Solskjaer’s resignation as manager in November of last year, the Portugal international has been Man United’s first-choice right-back. He has started all 17 of his team’s games this season, recording one goal and two assists.

In Sunday’s 1-0 victory over West Ham United, the 23-year-old showed off his defensive skills by winning the game’s most valuable player award. However, the full-current back’s contract at Old Trafford is set to expire in June, so his future there remains uncertain.

The Portuguese, who recently suggested that talks over a potential new term at Old Trafford might wait, are reportedly being pursued by teams like Barcelona, Real Madrid, and AC Milan.

The defender’s contract has a one-year extension that the 20-time English champions are prepared to activate, according to The Sun, in order to prevent him from having discussions with overseas clubs in January.

“I hope he keeps progressing, so not only sticking to this level. Our approach, our philosophy is that good is not good enough. We have to do better,”

“We’re happy with the development and the performances of Diogo so it’s quite clear. But I know that every club in the top elite clubs need competition and I think we can replace him, with Victor Lindelof, with Tyrell Malacia and luckily also Aaron Wan-Bissaka is back in the squad.”

“So we have replacements but it’s clear, it’s heavy when you have to play every game but physically he’s got a really good profile and I’m sure he will keep going and he will keep developing. That is what we demand and I am confident he will do that.”

In a recent interview with Sky Sports News, Dalot said:

“I’m just happy that I’m helping this club. I love to play for this club, and I think that I show that every single time I step onto Old Trafford and every time I wear this badge. This is the most important for me [right now].”

The defender joined Old Trafford from Porto in July 2018, and since then, he has played 82 times for the Red Devils across all competitions, contributing two goals and five assists.

Man United must defeat Real Sociedad by a score of two on Thursday night in order to win their Europa League division and advance through to the competition’s knockout phase.