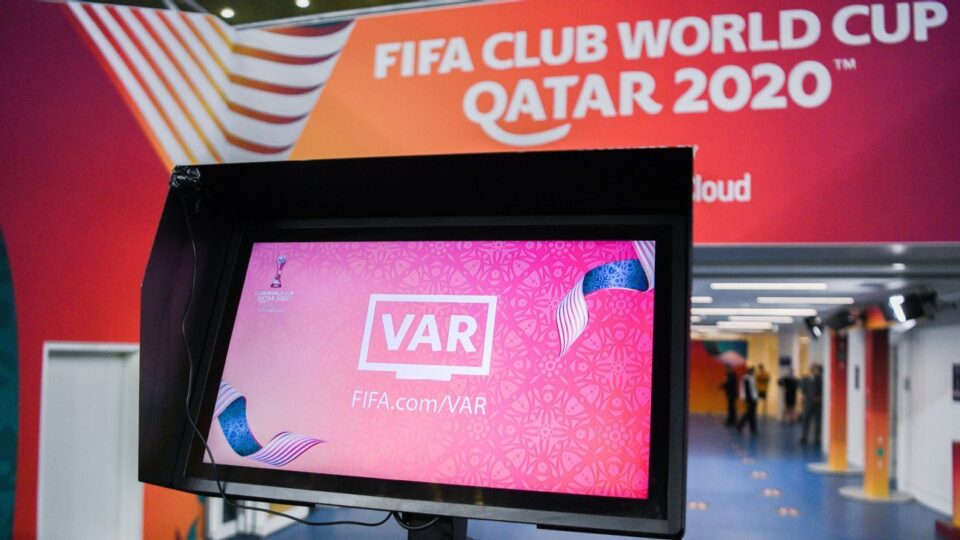 At the World Cup in Qatar, FIFA has announced that semi-automated, cutting-edge technology will be used to shorten the time it takes to make offside rulings.

Twelve “100% synchronised” multi-tracking cameras will be mounted on the roof of each stadium to track the ball and 29 points on each player.

Thus, sending data 50 times per second to calculate their precise position on the field in addition to a sensor in the middle of the ball that sends data 500 times per second. This will also eventually help to determine the precise kick-point taking quick decisions during the World Cup.

Any player who enters the offside zone will cause a signal to be sent to the video assistant referee booth, where it can be passed on to the on-pitch official. It was anticipated that the system, which was tested in the Arab Cup & Club World Cup, cut the time needed to make offside VAR judgements from 70 to 25 seconds.

“We are very positive. It is ready,”

It has been asserted that the rising use of technology has virtually rendered referees powerless to make decisions.

Meanwhile, Collina, who officiated the 2002 World Cup final between Brazil and Germany, disputes this and asserts that there will still be room for discussion of judgments. He was also named the world’s top referee for six straight seasons from 1998 to 2003.

“I read about robot referees. I understand this is very good for headlines but it is not the case.”

“The match officials are still involved in the decision-making process.”

“The semi-automated technology only gives an answer when a player is in an offside position when they play the ball.”

Anthony Taylor and Michael Oliver of the Premier League have been chosen to join the elite group of referees who will congregate in Qatar two weeks prior to the World Cup for final instructions.

Collina does not see the new offside technology any differently than the technologies used to evaluate if a ball has crossed the line. There has been discussion about the time required to determine offsides, particularly what have been nicknamed “toenail decisions.”

In the illustrious first game of the Premier League’s Project Restart, it infamously failed when Hawk-Eye failed to detect Aston Villa goalkeeper Orjan Nyland had carried the ball into his own goal. That doesn’t bother Collina, in his opinion.

“Technology works most of the time. That is one wrong decision I remember in thousands of correct ones.”

“Goalline technology offers very high accuracy. If the ball crosses or doesn’t cross the line by a few millimetres everyone is happy. It is the same with semi-automated technology. If the player is on or offside, the technology should be praised then as well.”

“We cannot get it down to four or five seconds for a decision. That would be the wrong expectation. But we have come down from 70 seconds to 20 or 25. That is important. This system will be faster and more accurate.”