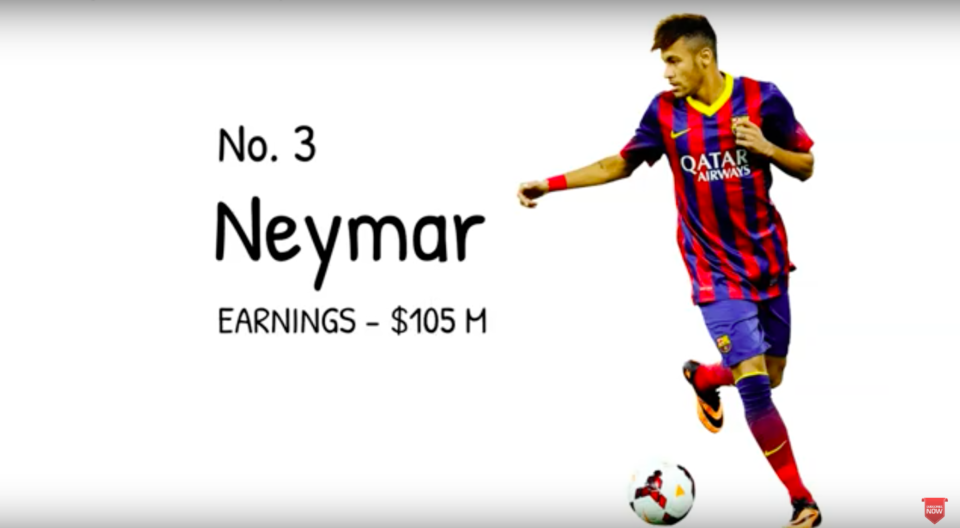 Elite athletes are earning more than what you can even imagine. And these soaring salaries are driven by ever-richer TV contracts. Their earnings includes prize money, salaries and endorsements.

At number one position is Global soccer icon Lionel Messi. Argentine professional footballer, who plays as a forward and captains both Spanish club Barcelona and the Argentina national team has total earnings of $127M.

The second position is held by Christiano Ronaldo. The 34-years-old footballer, who plays as a forward for Serie A club Juventus and captains the Portugal national team. His total earning is $109M.

Then comes Neymar, Brazilian footy. The Brazilian is the most sought after footballer and the second most popular athlete on social media with more than 200 million followers on Facebook, Instagram and Twitter. His total earnings are $105M.

Neymar is followed by Canelo Alvarez at number 4. The boxer’s total earnings are $94M.

And then at number #5 we have the cutest Roger Federer. Ranked number 3rd in Men’s singles tennis, with total earnings of S93.5M the Swiss tennis player earned the fifth position in the race.