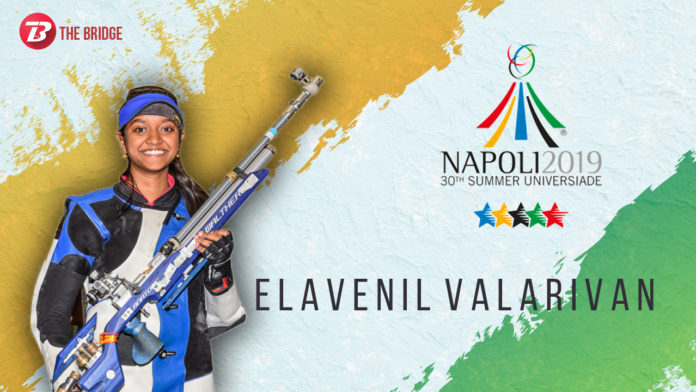 With medal prospects Anjum Moudgil and Apurvi Chandela in the forefront, young Elavenil Valarivan came from behind to win a gold in the 10m Air Rifle event in the ISSF World Cup held at Rio de Janeiro. For Elavenil, it was her first gold in the senior category. Elavenil shot 251.7 in the finals to establish herself and India’s dominance in the category. Closely following her was Britain’s Seonaid Mcintosh who won the silver.

It was a mixed result for India as World number 1 and finals record holder Apurvi Chandela couldn’t make it to the finals, finishing 11th with a score of 627.7.

Elavenil’s medal is a reprieve and morale boost for NRAI which is reeling under grim circumstances as 2022 CWG in Birmingham has decided to drop shooting from its roster.