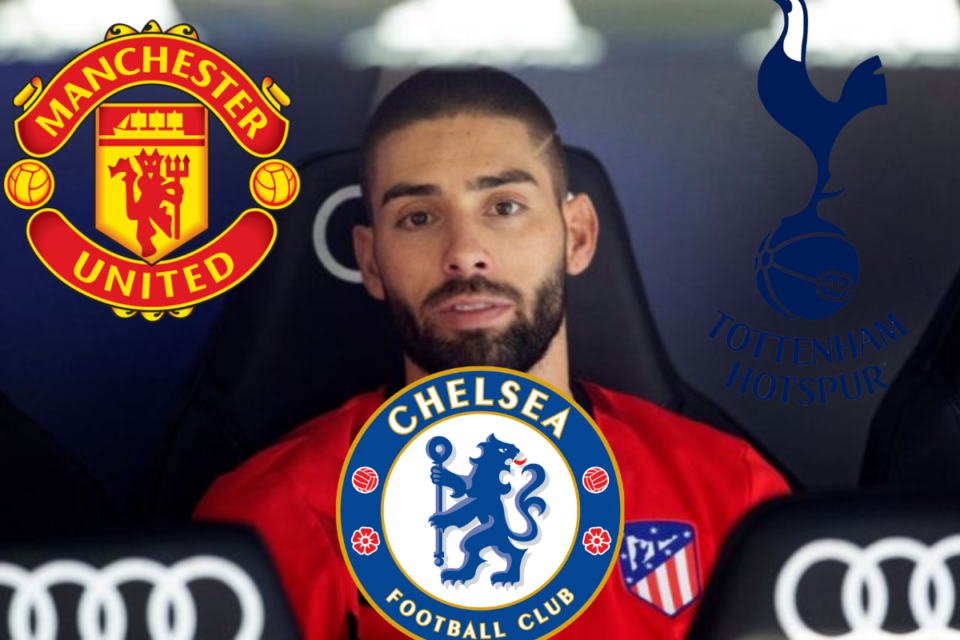 According to the reports, Yannick Carrasco, a midfielder for Atletico Madrid, is being chased by Manchester United, Chelsea, and Tottenham Hotspur.

In order to compete with the likes of two Premier League clubs which have ruled England for almost 6 years now, the other four included in the Big 6 are planning to strengthen their squads.

With Liverpool already breaking club-record by signing Darwin Nunez and Manchester City buying one of the best strikers at the moment, Spurs, Manchester United, Chelsea and Arsenal are still making an announcement of major signings. and thus now Yannick Carrasco is on the radar of the 3 Premier League giants.

After spending two years in China with Dalian Professional, the 28-year-old returned to the Spanish capital in 2020. Moreover, he has since cemented his place as one of Diego Simeone’s important players since his arrival to Metropolitano.

Carrasco produced six goals and ten assists during Atletico’s La Liga championship-winning campaign in 2020–21. Adding on, and the midfielder added another six goals and set up six more in 34 appearances in the top division the year before.

Despite having two years left on his Wanda Metropolitano contract, Carrasco is said to have a €60 million (£51.5 million) release clause. Man United, Spurs and Chelsea have all been keeping tabs on Carrasco and have touched base regarding a potential summer transfer. According to the source, Carrasco is still “quite comfortable” with life in Madrid but feels that his present pay does not reflect how important he is to the Rojiblancos team.

In the event that Carrasco accepts Atletico’s offer of a new contract, he may choose to stay at the club rather than pursue interest from the Premier League. Carrasco first joined Atletico from Monaco in the summer of 2015, and over the course of his two stints there, he has played 219 games, recording 37 goals and 39 assists. In the Spanish capital, the Belgian footballer has won one La Liga championship and one Europa League trophy. Meanwhile, The Rojiblancos paid £24.3 million to bring him back to the club from China two years ago.

While sources in Spain report, Simeone views Carrasco as “essential” to his plans for the Wanda Metropolitano. And thus, has asked the club to reject any approaches incoming for Carrasco this summer.

Due to Alex Telles’ lack of performance and likely sale this summer, Man United will enter the 2022–23 season with uncertainty surrounding the left-back position.

Erik ten Hag may look for a new left-sided player due to Luke Shaw’s fitness issues, while Chelsea is also anticipated to be searching for a new left-sided player given Marcos Alonso’s desire to play in La Liga. Carrasco would appear to fit seamlessly as a wing-back in Thomas Tuchel’s system, while Barcelona are expected to sign Alonso before the transfer window closes.

Ivan Perisic, who left Inter Milan for Tottenham, has already bolstered their numbers on that side of the field. He signed a two-year contract in North London. In 2022–2023, Perisic will face competition on the left side from Sergio Reguilon and Ryan Sessegnon, though the latter’s long-term status has recently come under scrutiny.