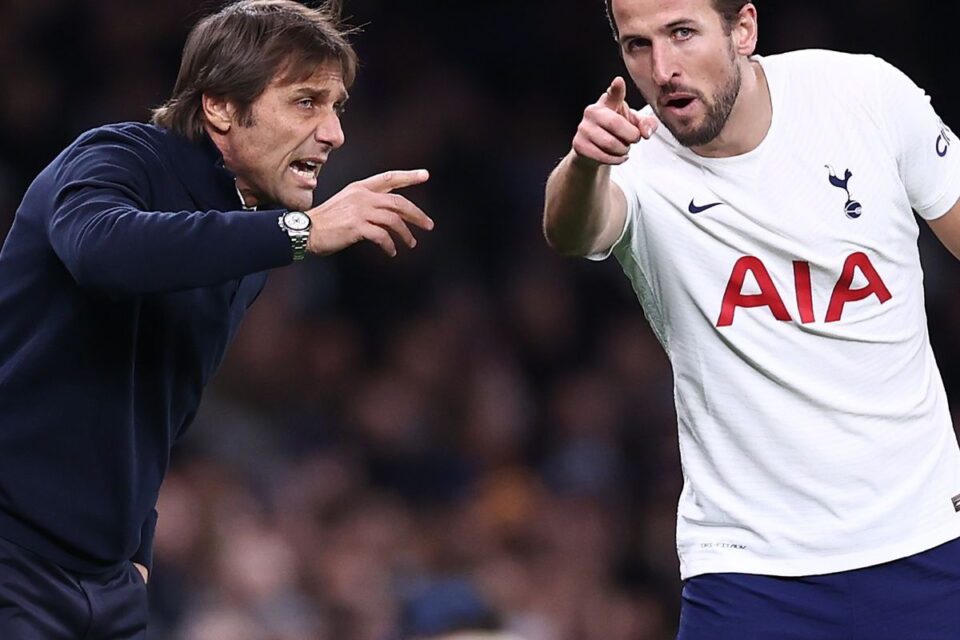 Tottenham Hotspur are apparently trying to persuade Harry Kane to sign a new contract that will keep him at the club until the summer of 2027.

After finishing at 4th place in the Premier League the previous season, Spurs are now looking to make a new offer to their star striker. With Antonio Conte becoming more ambitious, the Italian is looking to make the club reach new heights and is aiming for their maiden PL trophy. Thus, he will be looking to strengthen the squad this summer.

Harry Kane to stay with Tottenham until Conte in charge?

The England captain will be 29 next month, but he is yet to win a significant team award with the Lilywhites, whose last trophy was won in the 2007-08 EFL Cup.

Last summer, Kane was generally expected to push a move away from Tottenham.

As Manchester United and Manchester City were both interested in signing the 28-year-old.

Kane stayed in North London when Daniel Levy refused to bend on his £150 million asking price.

Tottenham’s fortunes have changed dramatically since Antonio Conte arrived, and Kane is expected to stay in North London for the 2022-23 season.

Man City instead chose to reinforce their assault by signing Erling Braut Haaland and Julian Alvarez.

While Man United will be unable to deliver Champions League football next season and Kane would not prefer a move to Old Trafford.

Tottenham are reportedly interested in extending Kane’s contract, which is set to expire in the summer of 2024.

According to Conterio, the Lilywhites are pressuring Kane to sign a new contract until the end of the 2026-27 season, extending his stay at the club to more than two decades.

Kane has already stated that he is willing to stay at Tottenham as long as Conte is in control.

In 384 appearances for Tottenham in all competitions, Kane has 246 goals and 59 assists, including 27 goals and 10 assists in 50 matches last season.