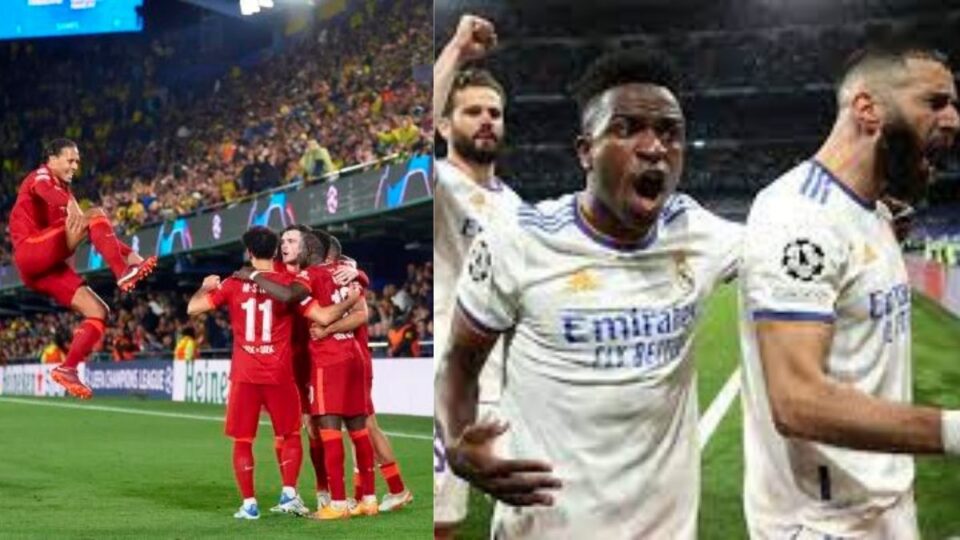 Liverpool FC will face Real Madrid in the 2022 UEFA Champions League final in Paris later this month, in a rematch of 2018 final, and there will be a sense of vengeance in the air.

Real Madrid defeated Man City 3-1 (AET) at the Bernabeu on Wednesday night, 6-5 on aggregate, to set up a final with Jurgen Klopp’s side, who had defeated Villarreal the night before.

Liverpool faces Real Madrid in the 2021/22 UEFA Champions League final, in what will be a repeat of the 2018 finale. Real Madrid defeated Man City 3-1 (AET) at the Bernabeu on Wednesday night, 6-5 on aggregate to reach their 17th European final.

The Madrid-City game saw 11 goals scored over 2 legs which is the 2nd most in the history of UCL semi-finals. With this, the Man City Boss Pep Guardiola suffered 6th elimination at the semi-final stage of the UCL.

Meanwhile, Liverpool defeated Villarreal in both the legs to win the two-leg tie on an aggregate of 5-3 to reach their 10th European final.

The Reds have met Real Madrid three times in the last four years, the most notable of which came in the 2018 final in Kyiv.

In 2018, the Spanish side got better off the English side as Real Madrid defeated Liverpool by 3-1. In the last three meetings between these two sides, Real Madrid have been undefeated (W2, D1).

Real Madrid are currently having the utmost confidence as they recently became the Champions of Spain and now have reached the UCL final.

Meanwhile, Liverpool are in red hot form this season as they chase quadruple. The Reds have already won the Carabao Cup, they are now in the F.A Cup and UCL finals and are just 1 point behind City in the Premier League.

While Liverpool and Madrid have met in Paris before for the 1981 European Cup final, which was won by the Reds