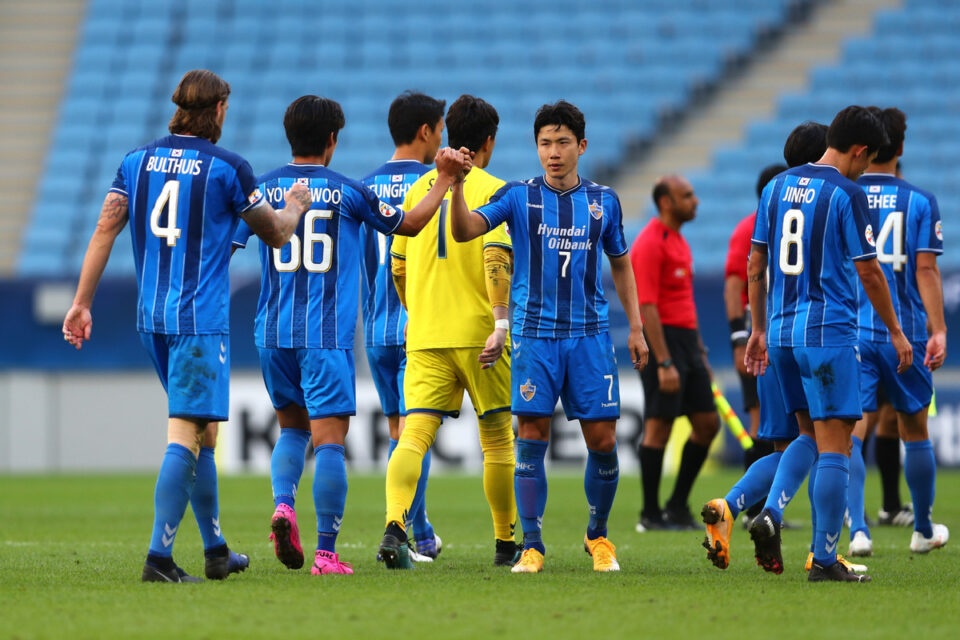 Ulsan Hyundai and Vissel Kobe have stormed into the AFC Champions League (ACL) semi-finals and they both are slated to lock horns for a final ticket on December 13.

Junior Negrao netted two goals for Ulsan Hyundai, sending the South Korean club to the semis by drubbing Beijing Guo’an 2-0 in the quarterfinal on Thursday.

Ulsan too clinched all the four previous clashes against Guoan in the AFC Champions League in 2009 and 2012. The game on Thursday was the first ACL quarterfinal appearance for Guo’an.

Junior elegantly converted a penalty with a powerful shot into the corner after a video review showed a handball by Guo’an defender Kim Min-jae in the 16th minute.

Renato Augusto of Beijing, in the 25th minute, almost leveled the score. However, his power packed shot from a close range was thwarted by Ulsan’s goalkeeper Jo So-huk. Jonathan Viera then forced Jo into another good save just 10 minutes later.

Now, just before the break, Junior handed the second goal through a long-range shot after collecting a Beijing defender’s average clearance.

Viera then almost pulled one back for Guo’an in the 64th minute, but it wasn’t meant to be. His low shot was blocked by the right post. Eventually, Ulsan’s strong defensive system held strong, and Guo’an missed too many chances.

Suwon Bluewings beat Vissel Kobe 2-0 in the group stage, but the South Korean club could not manage to make their rivals go home in their clash in the knockout stage.

Park Sang-Hyeok provided Suwon the lead in the seventh minute, sending his header into the net.

Kim Tae-Hwan of Suwon was sent off in the 38th minute, allowing his rival Kyogo Furuhashi to get the equalizer through a free kick. Both the two sides battled out an exciting and thrilling draw in 120 minutes at Al Janoub Stadium.

In the penalty shootout, the first six players of each side delivered with a perfect punch and found the back of the net, with only Jang Ho-Ik of Suwon missing his penalty in the seventh round.

Sofia Kenin wins WTA Player of the Year for 2020