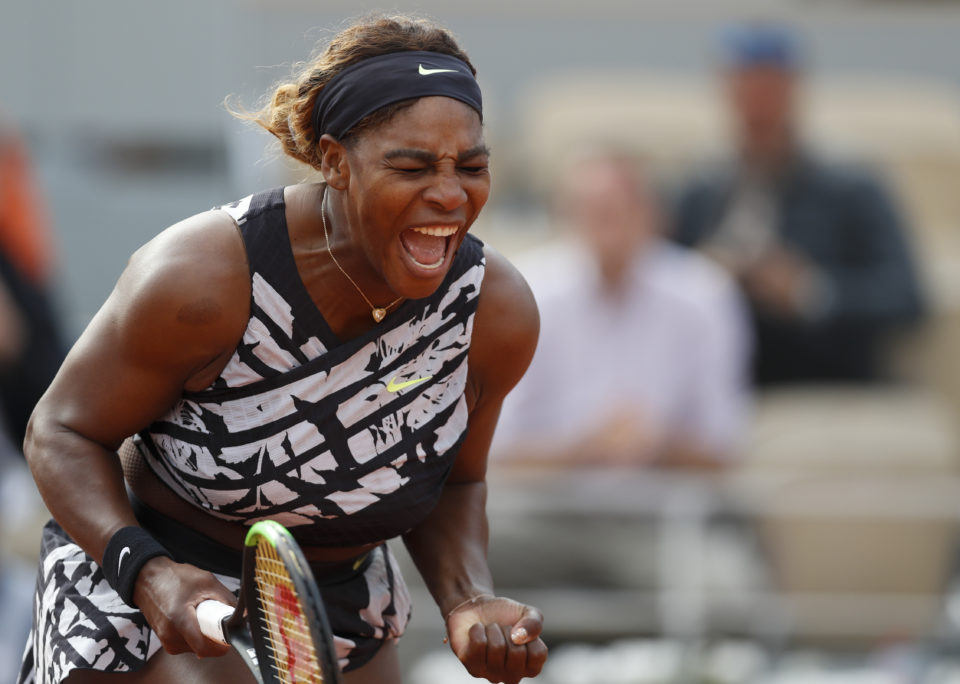 Former World No. 1 Serena Williams has been fined by the All England Club for damaging a Wimbledon court with her racket before the start of play. Slapped with a $10,000 fine for her conduct, Serena now joins the list of players who had already been fined for their disorderly behavior. It has literally been a “year of fines” or reprimands at the Wimbledon.

Serena to play fellow American Alison Riske in the QF on Tuesday. If she wins, it would be Serena William’s 24th Grand Slam title. Since she is not the only one fined at Wimbledon this year, the others who were also fined include Fabio Fognini and Nick Kyrgios.

‘Enfant terrible’ and serial offender Nick Kyrgios also was at it during his first and second round matches. The Australian who lost against Rafael Nadal was fined $8,000 for unsportsmanlike behavior.

While on the other hand Italian Fognini has been slapped with a $3,000 for his unsavory rant after his defeat to Tennys Sandgren. So aghast was Fognini that he said a bomb should go off at the All Egland Club.