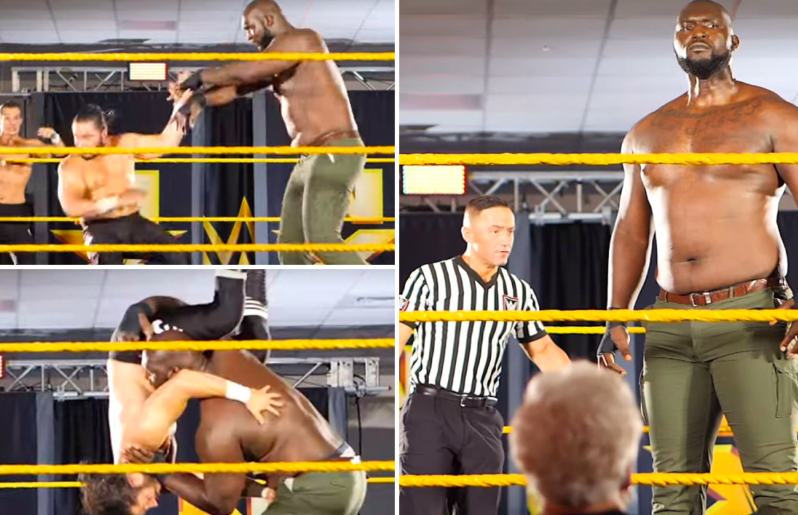 After the Undertaker, Braun Showman, The Big Show and the Great Khali, there is a new giant, who has become the tallest WWE star in 26 years.

The 7ft 3in (2.21m) heavyweight has made quite impressive entry by defeating tag-team Team 3.0 at a non-televised live event in Lakeland, Florida.

Omogbehin was born in Lagos, Nigeria. He always played high school basketball in the States after moving to Virginia. Nine-month ago, the goliath was snapped up by NXT founder and wrestling legend Triple H for WWE.