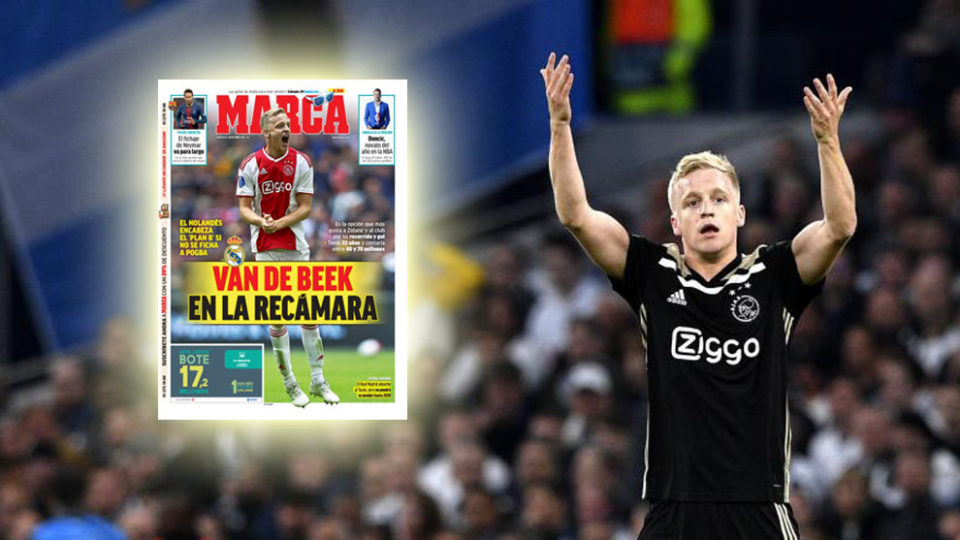 Real Madrid are not done yet with the transfer window although they have signed five top players for the season in Eden Hazard, Luka Jovic, Ferland Mendy, Rodrygo, and Eder Militao. There is murmur about another star player swerving his way to join the Galacticos.

In a recent interview, AFC Ajax star Donny van de Beek revealed that Real Madrid is interested in signing him. However, he is more focussed on Ajax at the moment, said the Dutch star footballer. “Yes, Real Madrid are interested in me. But you go really fast. I can’t talk about what there is and isn’t. Right now, I want to concentrate on Vitesse,”  he said to the media.

Also confirming the news, Ajax manager Erik ten Hag said, “We don’t want to lose him but there’s little we can do if someone like Real Madrid comes for him.”