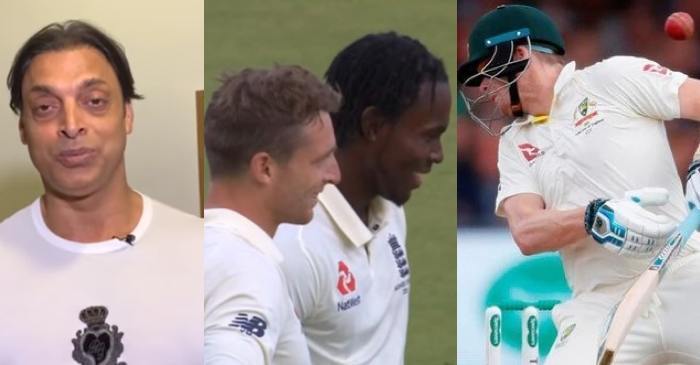 A fierce 148 km bouncer from Jofra Archer fell Steve Smith in the second Ashes Test. After being hit in the neck Smith had to retire for a few concussion tests. Although he returned to bat later on he got out at 92. He was ruled out for the rest of the Test. In the whole episode, what stood out was the galling attitude of the bowler, Jofra Archer who didn’t bother to check on Smith while he was writhing with pain. Former Pakistan fast bowler, Shoiab Akhtar has come down heavily on Jofra Archer for this.

Akhtar himself was a dangerous fast bowler who could deliver bouncers at will. However, he said that whenever such incidents happen in the field inadvertently, he was the first to go up to the batsman to inquire about his safety.

It is reported that Smith might miss the following Test as well. Meanwhile, Australia managed to draw the Test after the concussion substitute Marnus Labuschagne scored a valuable fifty to help his side. He also becomes the world’s first like-for-like substitute of a player in the 142-year history of the game.