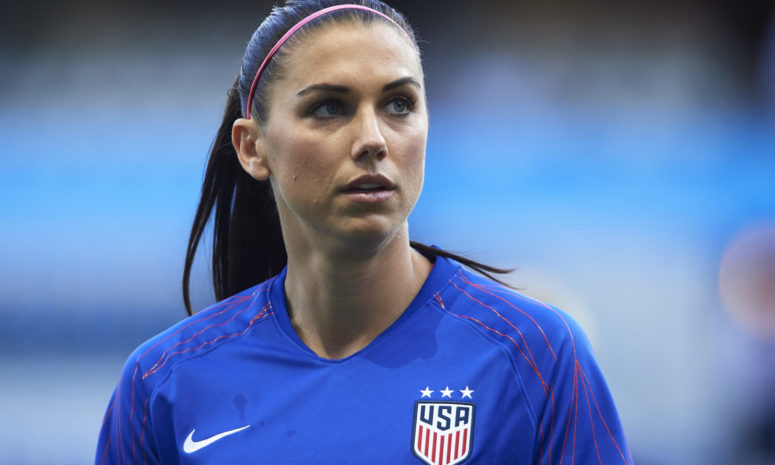 Ronaldo’s exemption from facing prosecution in the US over rape allegations has been taken by many with a pinch of salt. Among those who didn’t like the fact that the superstar footballer had been let off lightly, is USA celebrity soccer player Alex Morgan. She took to social media to take a jibe at Cristiano Ronaldo who was accused by model Kathryn Mayorga of molesting her in 2009.

Alex highlighted an article published in the Vice magazine, titled “Ronaldo is an Icon of Corruption in Sports.” She seemed to be amused with the article and agrees to its every written word. “Now this is great journalism,” is what she wrote on her Tweeter handle.

The gorgeous footballer, it seems, is not a fan of the Portuguese captain who also plays for Juventus.