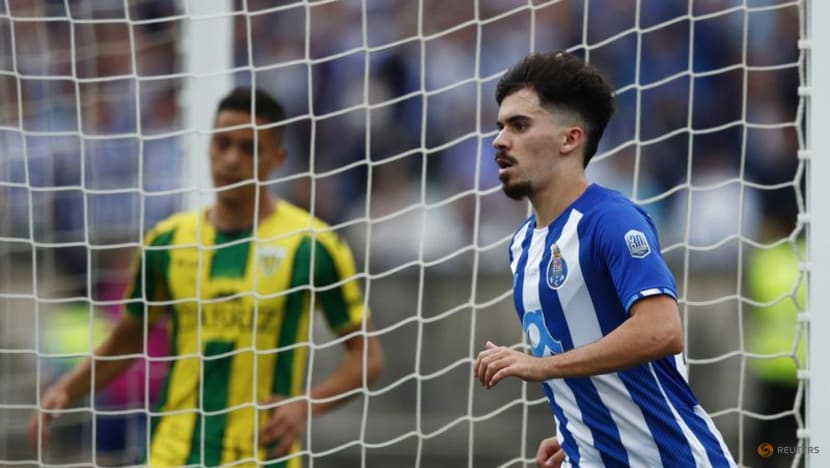 Paris Saint-Germain is entering a new era, and Vitinha, a midfielder, is an important part of it thanks to his high-profile transfer from Porto.

The 22-year-old Portugal international struggled at Molineux, but after excelling for Porto, he is now on his way to Parc des Princes.

Vitinha, the Porto midfielder, has been acquired by Paris St. Germain on a five-year agreement for a reported 40 million euros (£34 million). The 22-year-old played 22 times and scored one goal while on loan at Wolves during the 2020–21 season.

Vitinha back in Porto

In his first season back, he played 47 times as Porto won both the league and cup in Portugal. Vitinha, who made his debut for Portugal in March and has since earned three caps, joins fellow countryman Nuno Mendes as PSG’s second summer addition.

After spending the previous season on loan at Wolves, Sporting Lisbon paid £34 million to bring the left-back to the club on a permanent basis. The 22-year-old Portugal international was instrumental in helping Porto win the Primeira Liga last season after returning from a dismal loan stint with Wolves.

He scored two goals and provided three assists as the two-time European winners finished six points ahead of Sporting CP. Having already signed Mbappe to a rich new deal and thwarted Real Madrid’s long-standing interest in the France star, PSG is poised for a blockbuster transfer window. In the French capital, more acquisitions are anticipated.

According to reports, the club is really interested in Inter defender Milan Skriniar and Lille midfielder Renato Sanches.

Meanwhile, Mauricio Pochettino is still in charge of PSG despite earlier this month’s reports that he was considering leaving the team.

PSG kicks off the 2022–23 season on July 31 in Israel against Nantes in the Trophee des Champions before the start of the Ligue 1 season the following week with the defending champions on the road against Clermont.

Vitinha, a graduate of Porto’s academy, joined the legendary Portuguese club at the age of 11.

On January 14, 2020, he made his league debut against Gil Vicente after making his senior debut in a cup match against Varzim two weeks earlier.

Due to a lack of playing time and the requirement for Porto to adhere to Financial Fair Play rules, a season-long loan to Wolves was approved in September 2020.

Vitinha started his first Premier League game for the Molineux-based team against Manchester United in December but scored just once in 22 appearances across all competitions—in an FA Cup match against Chorley.

Vitinha rapidly established himself as the centre of Sergio Conceicao’s 4-4-2 formation after returning to Porto, and his ability to carry the ball and pick a pass allowed him to record four goals and three assists in 47 games.