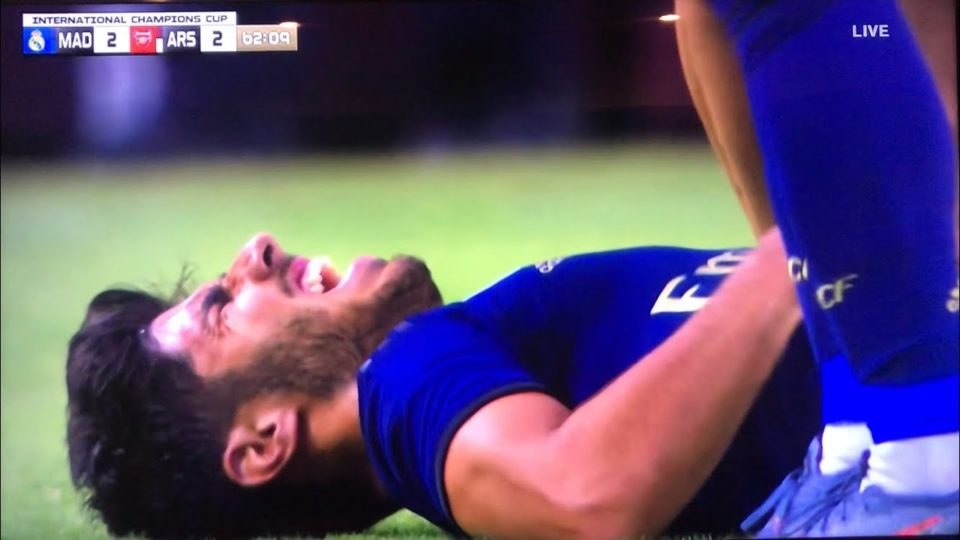 Real Madrid’s star player Marco Asensio was stretchered away from the field during the pre-season Real vs Arsenal friendly on Tuesday. But, strangely, Arsenal’s manager Unai Emery is equally disturbed with the Real Madrid’s playmaker picking up knee injuries. The attacking midfielder of Real Madrid was visibly upset after he sustained injuries during the penalty shootout win over Arsenal.

Emery is now worried about Asensio’s injury because, under the circumstances, Real would hold on to Dani Ceballos, whom Arsenal was hoping to land on loan.

“Our target also was not to take injuries in that match, and they maybe have with Asensio. It [could be] bad news, for them and also for us. I don’t know if it can change something,” said Emery.