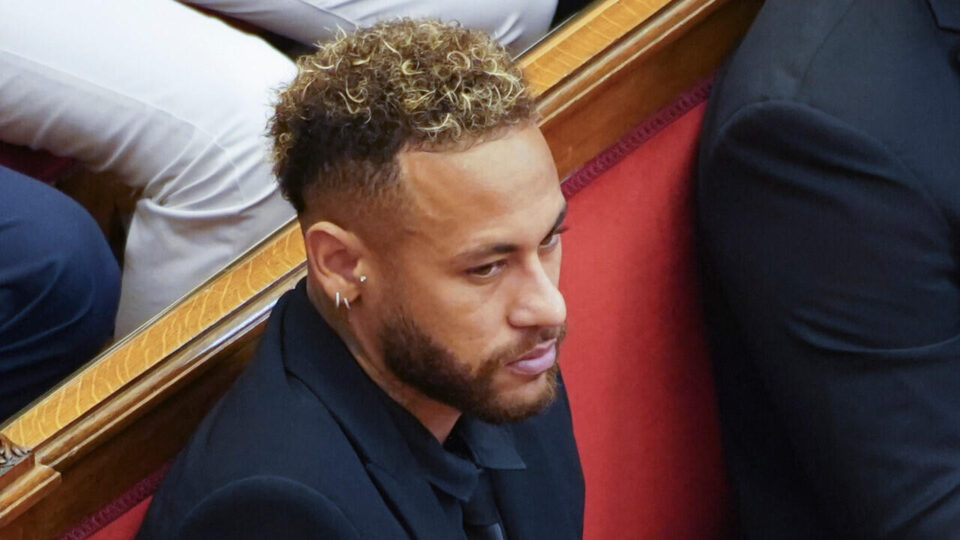 Neymar, a star for Paris Saint-Germain, stated in court on Tuesday that he “did not participate in talks” over his 2013 transfer from Santos to Barcelona.

The 30-year-old is facing fraud and corruption accusations regarding the transfer, which he and his parents, together with former Barcelona presidents Sandro Rosell and Josep Maria Bartomeu, former Santos president Odilio Rodrigues, and representatives of both teams, deny.

Santos is believed to have collected roughly £79.2 million for the sale of Neymar to Barcelona, but Brazilian investment organisation DIS, which had 40% of Neymar’s economic rights while he was still with Santos, claims it was wrongly denied its proper share since the sale was overvalued.

Neymar “betrayed” their trust, according to Paulo Nasser, the firm’s attorney, and the investment group is calling for a five-year prison term for the Brazil star.

In the meanwhile, if proven guilty, Neymar would face a two-year prison sentence and a €10 million (£8.7 million) fine, and Rosell would face a five-year sentence.

Between 2010 and 2014, Rosell presided over Barcelona; he was succeeded by Bartomeu, who held the position until October 2020, at which point Joan Laporta was named to take over.

Speaking to the court in Barcelona in his first testimony of his trial, Neymar said:

“I didn’t participate in the negotiations. My father always took care of it and always will. I sign everything he tells me to sign.”

“Playing for Barcelona was always my dream, a childhood dream.”

“Our intention was to prepare a career plan for him in Europe, in which we had in place already established, could learn the language, etc. And knowing his dream to play for Barcelona, we signed that priority agreement with them.”

Maria Masso, the defence attorney, had asserted that the forward had not broken any laws and that the Spanish courts lacked jurisdiction to bring charges against the Neymar family because the alleged crimes were done in Brazil, where they are not punished by law.

Florentino Perez, the president of Real Madrid, said in court via videolink that the Spanish powerhouses made Neymar offers of €45 million in 2011 and €36 million in 2013, but the player ultimately decided to join Barcelona.

“I don’t know Neymar, I’ve never spoken to him on a personal level. We were interested in signing Neymar about 10 years ago. In 2011, Real Madrid made Santos an offer for Neymar. I believe it was €45m. It’s written in the summary.”

“I don’t know or remember if DIS had any rights to Neymar. I remember they sent us a letter. I don’t remember meeting or having conversations with Juan Figer. I don’t remember anything at all. We have provided all documentation to the abstract. I was not involved in anything. I guess we didn’t respond to the DIS letter because we had nothing to say.”

“We did not play a very active role in this negotiation. I have been at Real Madrid for 18 years and all the offers we have made to players have been transparent. All these questions at Real Madrid are dealt with by the sports management. I don’t know anything about what you’re telling me.”

Neymar is reportedly questionable for PSG’s Ligue 1 away game against Ajaccio on Friday night due to the ongoing court case.