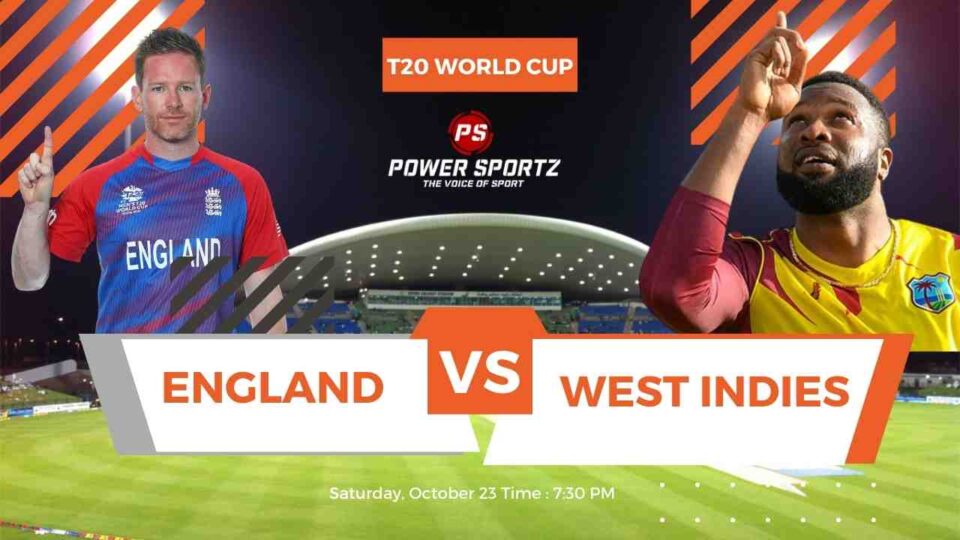 England starts their T20 World Cup campaign on the 23rd of October; The highest-ranked T20 country will play against West Indies who are the defending champions of the T20 World Cup. Both these teams are in ‘Group 1’ of the competition. Even though, both these two countries are likely to qualify from their group they will face tough competition from the other countries in the group. The other countries in the group are Australia, Bangladesh, and South Africa.

The last time England played West Indies in the World Cup was in the finals of the completion in 2016; In which Marlon Samuels’s knock of 85 runs helped secure the cup for the ‘men in Maroon’. However, in recent times Eion Morgan’s team has been phenomenal and has attained the number one spot in the world in the T20 rankings. After playing 28 matches England have a rating of 278 with 7786 points. On the other hand, West Indies are coming 9’th in the rankings; They have recorded 6792 points which equates to a rating of 234. This match is bound to be a breathtaking encounter between the two countries. Who do you think will win?

Captain Morgan to drop himself from the lineup?

Morgan has had a horrible IPL season in 2021; Even though his franchise KKR reached the finals he wasn’t adding valuable runs for his team. He had an average of 11.08 and only managed to score 133 runs in 17 matches. In a recent interview where he was asked if he would omit himself from the team, he said; “I’m not going to stand in the way of a team winning the World Cup. I’ve been short of runs but my captaincy has been pretty good, as it goes. So, yes is the answer.”

England’s captain further added that “Not being a bowler and being a bit older and not contributing as much in the field, I’ve loved the role of captain. You get two bites at the cherry impacting the game. As regards my batting, I wouldn’t be standing here if I hadn’t come out of every bad run of form that I’d ever had. The nature of T20 cricket and where I bat means I always have to take quite high-risk options and I’ve come to terms with that. It’s just something you deal with, it’s the nature of the job so I’m going to continue taking those risks if the team dictates they need them.”

Do you think KKR’s captain should be left out of England’s squad?