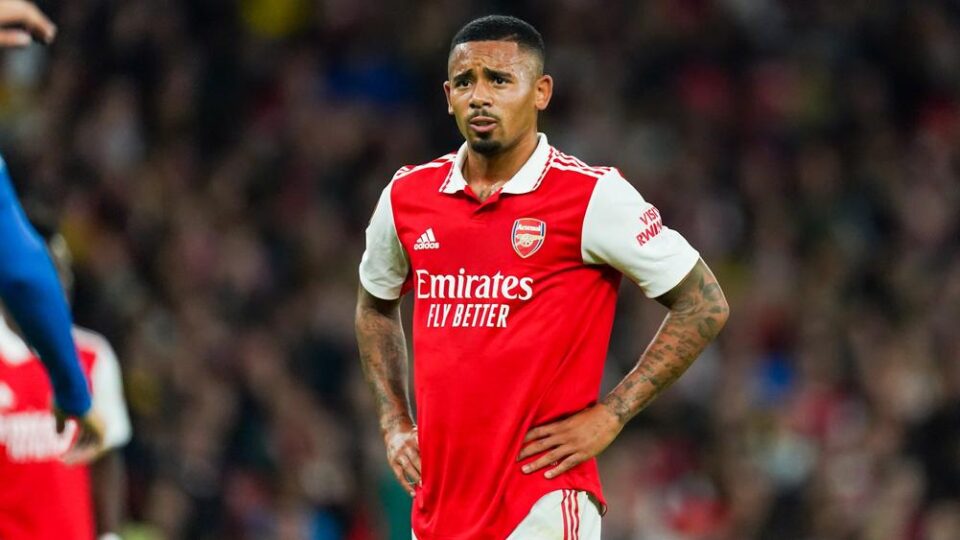 Gabriel Jesus, a striker for Arsenal, has undergone a successful procedure to treat a knee injury and is now expected to miss a sizable amount of time.

The 25-year-old continued to have the issue during Brazil’s World Cup 2022 Group G match against Cameroon, where Tite decided to start him even though qualifying was already certain.

Jesus struggled to contribute to the game and was removed just after the hour mark, but it later became clear that the former Manchester City player was dealing with a knee problem.

He was unable to compete in the rest of the competition due to the seriousness of the issue, and at first it was anticipated that he would miss three weeks of action. According to further reports from Brazil, Jesus might be forced to miss several months of play because of the injury, which might be severe enough to call for surgery.

Jesus will be out for a sizable period of time while he recovers from the operation, the Gunners have now officially revealed, dealing a serious blow to Arsenal’s bid for the Premier League crown.

The Gunners give an injury update on Gabriel Jesus

A statement on arsenal.com read:

“Gabriel Jesus has successfully undergone surgery to his right knee after suffering an injury during the Brazil v Cameroon World Cup group stage match on Friday.”

“Gabby will now begin his rehabilitation programme. Everyone at the club is supporting Gabby and will be working hard to get him back on the pitch as soon as possible.”

Jesus’s injury was not given a timetable by Arsenal, but it is anticipated that it will be at least a few months before the Brazil international can return to play.

After the procedure, Jesus posted a picture of the striker giving the thumbs-up while lying in his hospital bed with the caption: “God is amazing. I’ll return more powerful.”

Jesus was acquired by Mikel Arteta’s team for £45 million during the summer transfer window, and in his first 20 games for the Gunners, he has contributed five goals and seven assists.

Jesus has now gone 11 games without scoring since scoring against Tottenham Hotspur on October 1, but his efforts have helped Arsenal build a five-point lead over Manchester City at the top of the Premier League standings.

Eddie Nketiah, 23, who recently signed a new five-year contract, will likely take on the offensive load in Jesus’ absence. The 23-year-old has three goals this season in Europa League and EFL Cup play.

Nketiah scored two goals against Chelsea and Leeds United to conclude the 2021–22 season as Arsenal’s first-choice striker, but he has yet to start a Premier League game this season.

Currently in Dubai for a warm-weather training camp, Arteta’s team will play Lyon and AC Milan on December 8 and 13, respectively, in the Dubai Super Cup.

On December 17, Juventus will visit the Emirates for a second winter friendly before the Gunners return to Premier League action on Boxing Day against West Ham United.