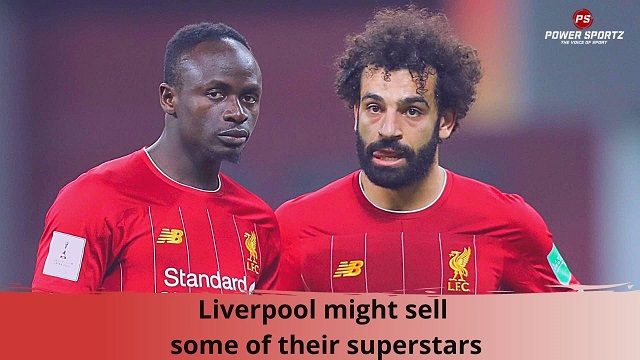 Liverpool are one point behind Chelsea who are the current leaders of the Premier League this season. Despite drawing three games out the the seven they have played this season the Reds find themselves in an dominant position in the league. Their manager Jurgen Klopp will be eager for his team to continue their unbeaten run and move up the table; furthermore the club must continue their winning ways in the Champions League after winning their first two games.

The Reds success in the recent past has come because of sensational performances by their front-three. Their front-three comprises of Mohamed Salah, Roberto Firmino and Sadio Mane. These attackers enabled their club to win the Champions League in the 2018-2019 season as well as the Premier League in the 2019-2020 season. Their ruthlessness in the opposition’s box has captivated a lot of attention from many clubs around Europe.

Liverpool might end up selling some of their superstars

Salah, Mane and Firmino will be out of contracts in 2023; The trio has aged and will be in their early 30s by the time their contracts expire. Liverpool might decide not to prolong their contracts and could try to sell one of these players in the forthcoming transfer window. Rumours suggest that the club will extend Salah’s contract next season and are inclined to sell the other two attackers. This is because the Egyptian winger has been performing at a magnificent level and has commenced this season by scoring 9 goals in 9 matches this season. Whereas, both Firmino and Mane have struggled to operate at the level Salah has. Selling these players will pave the path for younger players such as Diogo Jota, Minamino and Harvey Eliot to take over.

Klopp must concentrate on his player’s contracts and decide as to who he wants to sell out of the front-three. Who do you think Liverpool will sell in the upcoming transfer window?