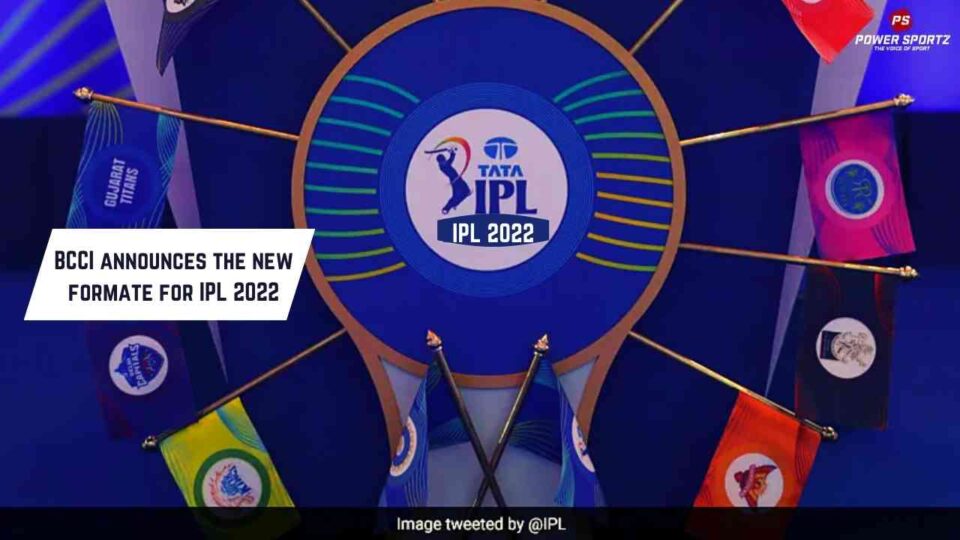 The Board of control for Cricket in India (BCCI) has a now declared a new format for the 15th edition of Indian Premier League (IPL). The IPL 2022 will commence from 26th of March 2022 with an addition of two new teams.

On Friday, BCCI announced a new format for the IPL as teams will now be divided into 2 separate groups. The 10 teams will play 14 league matches each in the form of 7 home and 7 away. While each team will play their respective group team twice. Moreover, the team in the same row will also play each other twice. Apart from that, with the remaining team each team will play only one fixture to sum it up as 14 fixtures for each team.

In regards to fair distribution the concerned board has applied the seeding system to distribute the teams in 2 different groups. Thus, 10 teams are being divided into 2 groups of 5 each. This is done on the basis of the no. of championship won and the no. of times a team has made an appearance in the final.

While with the other teams placed in Group B, MI will play only once dumping up their total group stage fixtures to be 14. Thus, MI will play twice against KKR, RR, DC, LSG, & CSK and once with SRH, RCB, PBKS, GT.

The format is similar to the one that was used in 2011 edition, which also had 10 teams with 2 new addition being Pune Warriors and Kochi Tuskers Kerala.

There will be a total of 70 league matches during the corse of 26th March to 29th May 2022. However, the Venues are restricted to only 4 International stadiums.

Thus, Each team is set to play four fixtures at Wankhede Stadium and DY Patil Stadium & 3 matches each at MCA International Stadium and Barbourne Stadium.

Meanwhile, the Venues for the playoff matches are yet to be decided.