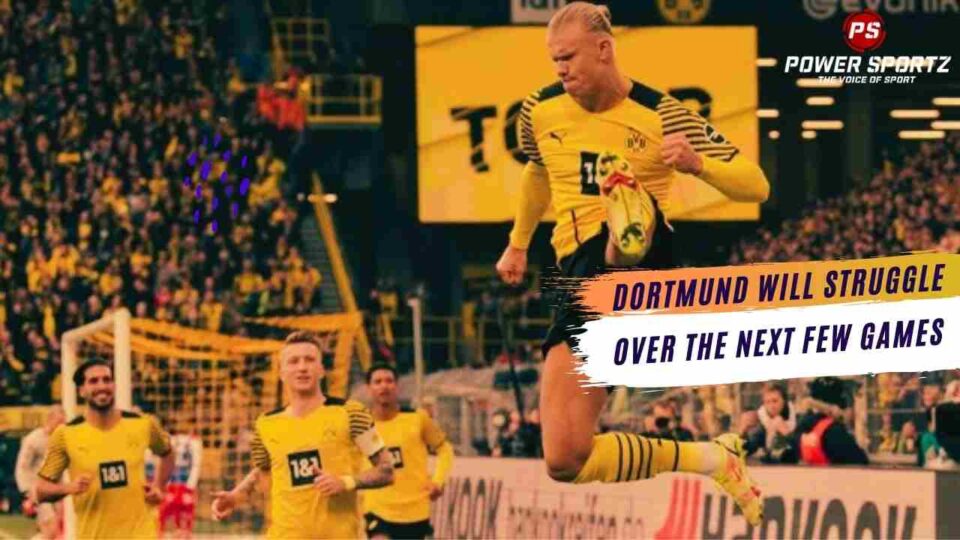 Dortmund won the German Cup in the 2020 – 2021 season; However, they have been struggling to be clinical in their league. This is because they are unable to compete with Bayern Munich who is one of the best teams in the world. They have won 6 Champions League as well as; 31 Bundesliga championships and 20 DFB-Pokal cups. This year Bayern are on track to track to win the league again; This is because they have won seven out of the 9 matches this season.

Marco Rose’s side is coming second in the league; one point behind their rivals. This great run of form has come through brilliant offensive performances; They have been able to score 25 goals in 9 games. Players such as Erling Haaland, Raphael Guerreiro, Marco Reus, and Jude Bellingham have had great chemistry and have made a great impact. These attackers have helped the club’s poor defensive record this season; They have managed to concede 15 goals in 9 games which is the worst record out of the top four in the league.

Erling Haaland has picked up an injury

Dortmund’s manager stated that “Erling Haaland won’t play and will be absent for a few weeks with a hip flexor injury.” Further in the press conference, Marco Rose said, “Erling has of course been down. He was happy to be back and still felt really good after the Mainz game.” Many believe Dortmund will struggle without their talisman; Erling Haaland has scored nine league goals and three assists in six matches this season. Players such as Raphael Guerrerio and Marco Reus will need to fill the void that he will leave in the squad. Dortmund plays their next league game against Koln on the 30th of October at 7 pm IST.

Do you think Dortmund will continue to be dominating in the league without Erling Haaland?