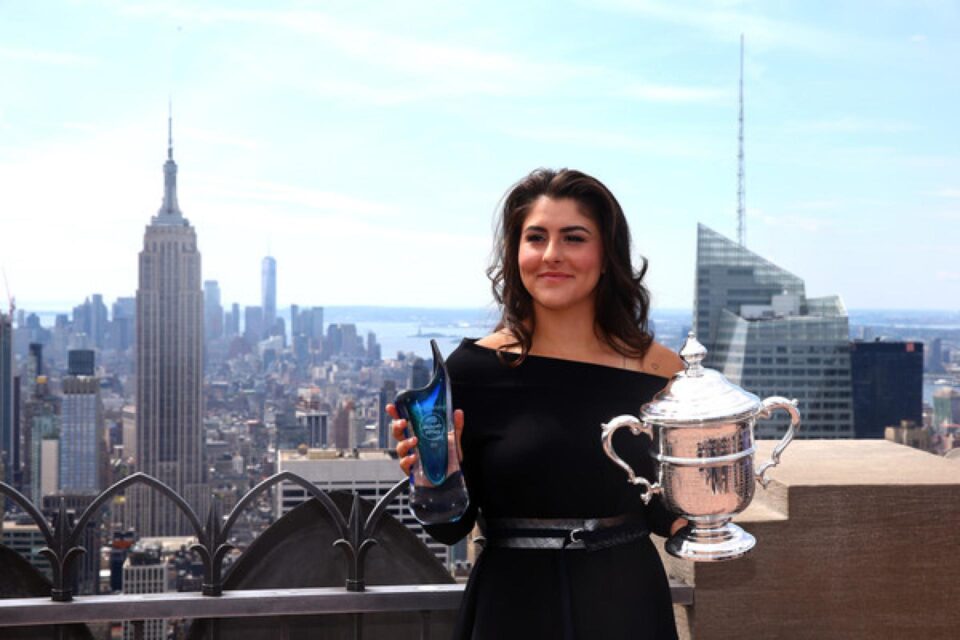 The world no. 7, Bianca Andreescu will give the clay courts of Roland Garros a miss and has decided to take rest for the remaining tennis season of 2020. “I will be taking the remainder of the season off to focus on my health and training,” said the Canadian tennis star who suffered a knee in last year’s WTA Finals and hasn’t come back to her fittest so far.

The 2019 US Open winner vows to come back with a force in the next season—“stronger and better than ever.”

A foot injury has added to her trouble and subsequently forced her to remain away from the WTA Tour.

As the postponed French Open this year is about to start on Sunday, Andreescu announced that she is going to miss this Grand Slam and take further time out. “I have come to the difficult decision to skip the clay-court swing this year,” Andreescu said on her social media handle. “I will be taking the remainder of the season off to focus on my health and training.

However, she reiterated that the next season is going to be eventful and she is looking forward to it.

“As hard as it was to come to this conclusion, I have so much to look forward to in 2021, including the Olympics; I want to use this time to focus on my game so I can come back stronger and better than ever.”

Apart from Andreescu’s absence from Paris, the event is also going to lose some of its sheen with the withdrawal of the world No 1 Ashleigh Barty, who has cited COVID-19 as her reason to opt-out of the tournament.

Another big name, Naomi Osaka, the recent 2020 US Open champion, will also remain absent from French Open due to the hamstring injury that she managed throughout the competition at the Flushing Meadows.