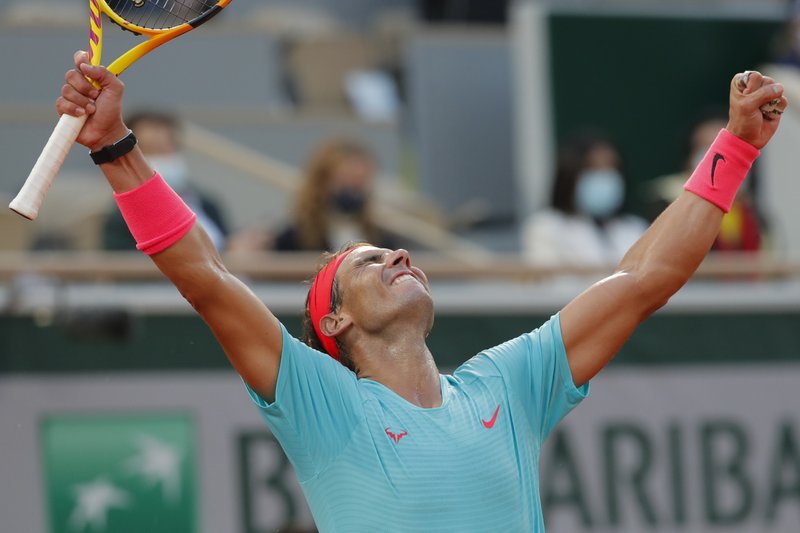 Djokovic was the clear favorite in the French Open final on Sunday. The only match he had to forfeit this year was in the US Open which he defaulted over that incident.

As rains begin to drizzle in Paris the roof came closing on the Court Philippe Chatrier, charting the way for Djokovic to win another match because he has a record of winning 38 straight matches indoors.

But Nadal got the better of Novak Djokovic beating him 6-0, 6-2, 7-5. With that Nadal bagged his 13th title at the Roland Garros equaling Roger Federer’s 20 Grand Slam titles.

“It’s been a very tough year, but to win here means everything to me. Today, I don’t think about the 20th or equalling Roger on this great number, for me today is just a Roland Garros victory. Roland Garros means everything; I have had most of the most-important moments of my tennis career here,” said an ecstatic Nadal.

“Thank you very, very much to everybody, to all of the organisation and to the crowd. Just playing here is a pure inspiration and the love I have with this city and this court is unforgettable,” added Nadal.

The world no. 1 was left astounded by an overall display by Nadal. The Spanish hit 31winners and made only 14 unforced errors to outplay Djokovic who was hoping to become the first player in the Open era to win every Grand Slam trophy at least twice.