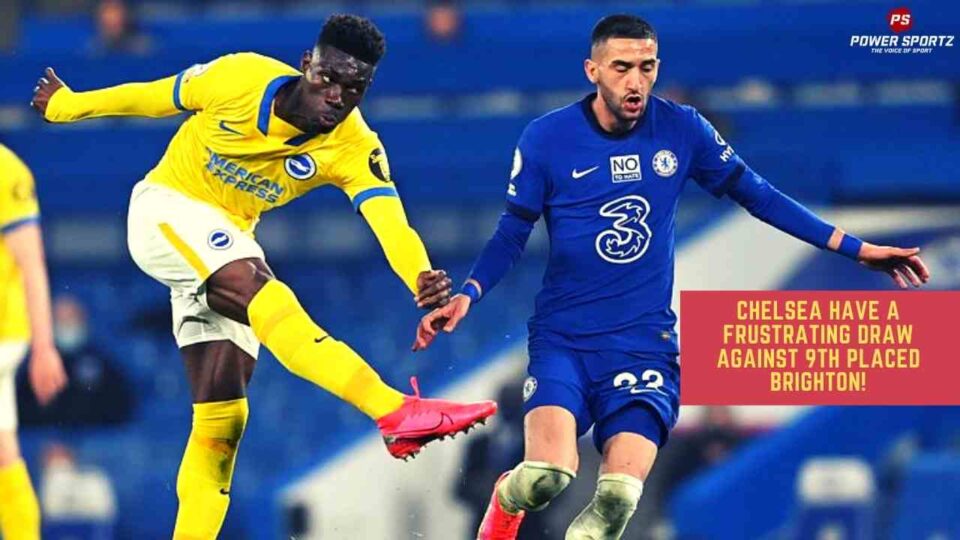 Chelsea is frustrated with their performances in the Premier League; in the last 5 league games, the Blues have only been able to record 1 win. This win came against Aston Villa on the 26th of December in the second last game of 2021. Following this game Tuchel’s side has drawn 3 and lost 1; this has resulted in them securing the 3rd position in the league. They are currently coming 1 point behind second-placed Liverpool and 12 points behind league leaders Manchester City. Even though many expect that the faith of the league has been sealed with Pep’s side this season; the fight to finish in the 3 UCL spots is still open.

Chelsea last game in the league was shocking!

Chelsea played 9th placed Brighton in the league; this was a game which Tuchel’s side was expected to win with ease as Brighton is poor while defending; the side has conceded more than a goal a game! However, the Blues weren’t able to capitalise as they were only able to record 3 shots on target out of 15 attempts. Despite having a sub-power ball possession rate of 43% the ‘Seagulls’ managed to draw the match with the 2 attempts they took on target.

Thomas Tuchel must make big changes if he hopes to continue to play for the Premier League giants!