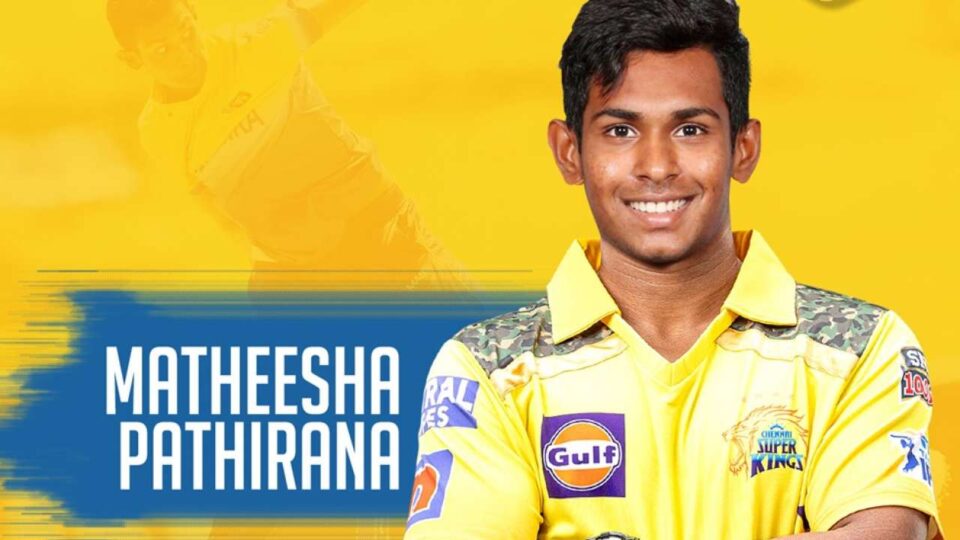 The Sri Lankan fast bowler Matheesha Pathirana has been signed as a substitute for New Zealand quick Adam Milne, who has been ruled out of the rest of the IPL 2022 due to a hamstring injury.

Milne was injured in Super Kings’ opening match of the season, against Kolkata Knight Riders on March 26, and has not played since.

Who is Matheesha Pathirana?

Sri Lanka’s slingy fast bowler competed in the recent Under-19 World Cup in the West Indies. The 19-year-old played four matches and picked up seven wickets at an average of 27.28 while returning an economy rate of 6.16.

Pathirana first came into prominence due to his slingy action that closely resembles that of the former Sri Lanka fast bowler Lasith Malinga. Moreover, he possesses the ability to bowl pacy, late-tailing yorkers.

Pathirana has only played one List A game and two T20 matches at the senior level. Ahead of the 2021 season, CSK roped in Pathirana as a reserve player and he is now a part of Super Kings’ main squad.

According to an IPL release, the defending champions have signed Pathirana for his base price of INR 20 lakh.

Currently, CSK is sitting at the bottom half of the table at 9th position with just 4 points.

MS Dhoni emerged as the hero in yet another thrilling CSK-MI drama, as he earned a late, final-over victory to extend Mumbai Indians’ losing skid in IPL 2022 to seven games. Dhoni finished with an unbeaten 28 off 13 balls, 16 of which came off the final four balls of the run chase, putting an end to MI’s dreams of a first victory this season.

CSK will now face Punjab Kings on 25th April and who knows they might pick Pathirana as an element of surprise.