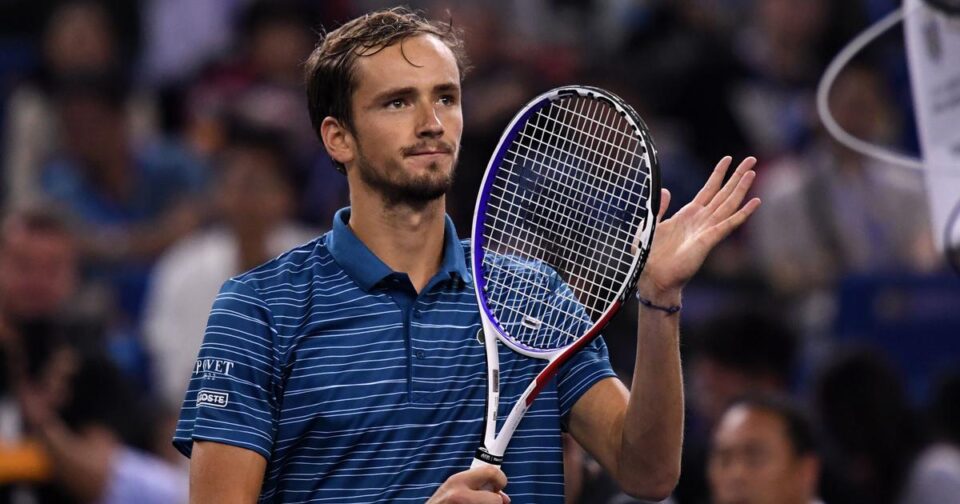 The maiden victory at the ATP Finals came for Russian fourth seed Daniil Medvedev when he clinched an impressive win over Germany’s Alexander Zverev.

Daniil Medvedev recorded his second win over Alexander Zverev in the span of eight days as he registered his first-ever win at the ATP Finals.

The Russian made his debut at the event 12 months ago but he couldn’t manage to win any of his three round-robin matches.

However, Medvedev gained great form to impressively beat Zverev and win in Paris Masters last weekend. Now the world No 4 scored a repeat with a 6-3 6-4 victory in a bruising encounter at the O2 Arena.

On the other hand, for German Zverev, the champion in 2018, it is the first time in his four appearances, he has lost his opening match.

Zverev is facing issues on his personal front as he is mired in controversies relating to allegations of domestic violence. Serious domestic abuse allegations have been made by ex-girlfriend Olga Sharypova. But, Zverev has been refuting all these charges and pleads innocent in his pre-tournament press conference.

“I need to play better. I need to be better on court. Because if I play like today, I’m not going to win any matches here this week. Now I can’t afford to lose. I need to beat Diego, I need to beat Djokovic to have a chance to go to the semi-finals,” said Zverev, who was scathing of his own performance.