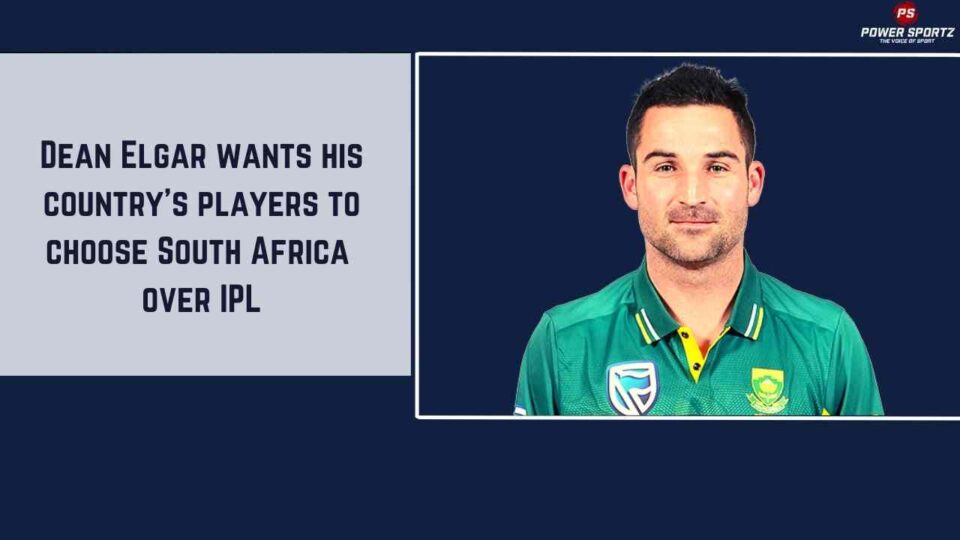 The 15the edition of the Indian Premier League is all set to commence from 26th of March and South African captain, Dean Elgar is concerned about his teammates, who might favour playing in IPL rather than their countries fixtures.

The event clashes with South Africa’s home Test series against Bangladesh, and Elgar will be without the majority of his first-choice attack if they opt for the franchise over the country. Or, to put it another way, if they prioritise money over prestige.

From March 30 to April 12, Bangladesh Tests will be held at St George’s Park and Kingsmead. The IPL will take place between March 26 and May 29. Kagiso Rabada, Lungi Ngidi, Marco Jansen, and Anrich Nortje are all IPL players with a chance to make the Test squad. When you factor in journey time plus 3 days of quarantine, the South Africans might be out for at least the first 18 days of the IPL. Meanwhile, names adding to that list are Rassie van der Dussen and Aiden Markram.

What Dean Elgar says to his South African teammates?

“Just this morning I got off a call with the respective personnel at CSA to try and give us a guideline as to whether the players will be available or not,”

Meanwhile, Some of South Africa’s players are paid far more in the IPL than they are in the international game. Jansen, for example, will have earned about USD22,500 from his five Test appearances thus far. It will cost another USD9,000 if he remains for the Bangladesh Tests. So, a total of USD31,500 is involved. His Sunrisers Hyderabad contract is worth USD550,000. That’s more than 17 times what he currently earns, and it’s what CSA will pay him this summer.

Surprisingly, but yes the difference is way too big in terms of bucks. However, it all comes down to choices that one makes in the end. Thus, the South African captain added further, quoting

“You don’t want players to miss out on a big occasion like the IPL, by no means. But I’d still like to think playing for your country is bigger than that.”

The left-handed opening Batsman made is choice quite clear and his colleagues to follow the same path.