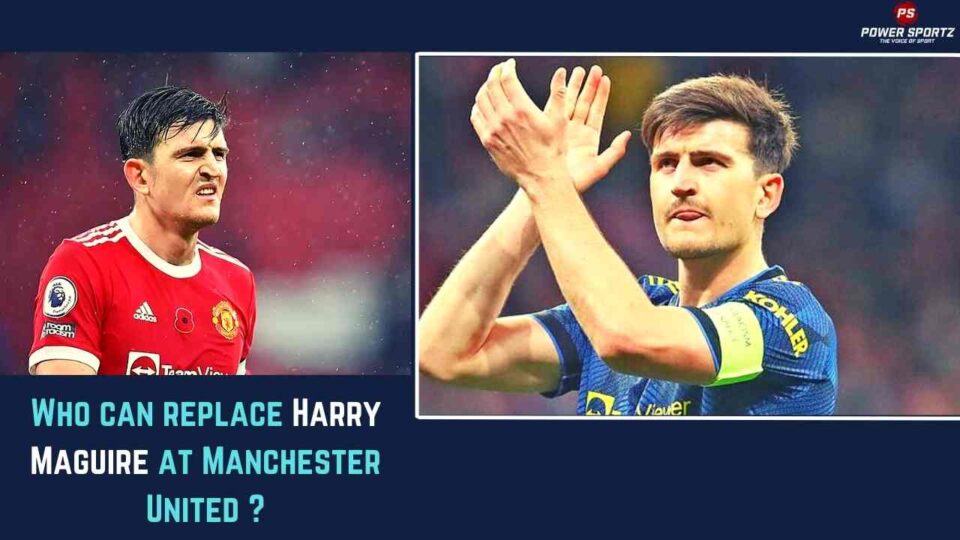 According to various reports, the Manchester United dressing room is upset with the recent performances that their centre-back Harry Maguire is producing. Moreover, other players in team also believe that he has dropped his standards and thus no more deserves a place in the starting XI.

As a result, the Red Devils are rumoured to be considering purchasing a ‘world class’ centre-back after players privately questioned Harry Maguire’s potential.

The players are also unhappy about Maguire’s off-field behaviour. The recently turned 29-year-old is also being accused of blaming players for their errors. Moreover, According to the storey, players fought amongst themselves. One of them also criticised the club’s decision to name Maguire captain barely six months after his arrival from Leicester City.

These grudges towards Maguire have been simmering since October, following a tense squad meeting at Carrington following a 4-2 loss to Leicester City.

Meanwhile, According to the Times, numerous Red Devils players believe Maguire does not deserve to be in Ralf Rangnick’s team because his performances do not satisfy the club’s high standards.

The question arises, who can fill the shoes of Harry Maguire if Man Utd decides to sell him. Although at the moment United are also planning to look for a permanent manager after Rangnick’s failure.

Who can replace Harry Maguire at Manchester United ?

The United skipper’s future looks to be unstable with the Manchester club. If rumours are to be believed, Ralf is looking forward to signing a world-class centre-back in the summers.

Antonio Rudiger, who has yet to sign a new contract with Chelsea, might be a free agent possibility. While Barcelona’s developing talent Ronald Araujo has also been connected with a move to Old Trafford.

However, Rangnick has consistently defended United’s captain, denying rumours of a captaincy change in the middle of the season.

“The way we are playing now is new to him. Also because in the English national team he is used to playing in a back three. And here at Manchester United in a back four. But still not being as proactive with that kind of defence when we try and be on the front foot trying to defend.”

“This is something new to him and it will take some time for him to get used to that. He is our captain and I don’t see any reason to change that. He is also a player who has to develop and get better like all the other players.”

Currently Manchester United are clinging to the 4th spot in the Premier League table. However, they might soon lose their grip from the top 4 as Arsenal are likely to cover up. As of now, United will travel to their enemy turf for what will be their 187th derby clash on Sunday.