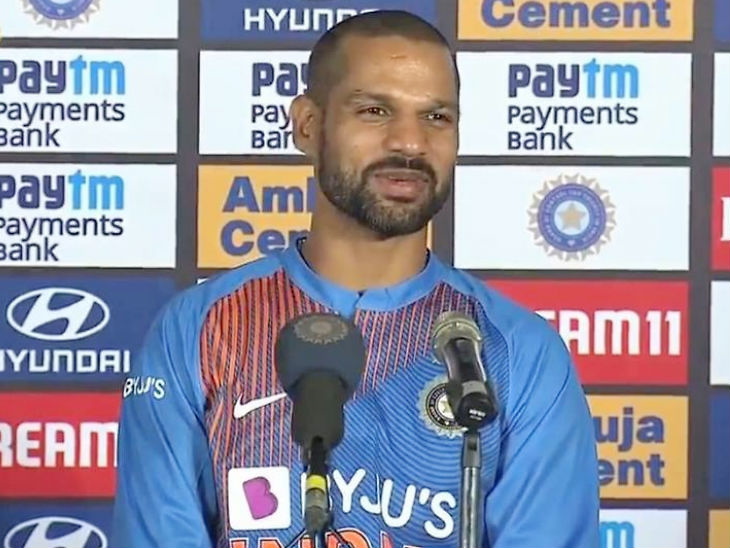 On the issue of selection and opening pair in the T20 World Cup, opener Shikhar Dhawan said on Friday that it is not his headache. ““All three players are doing well. Rohit’s 2019 was simply outstanding. Rahul too has been performing really well in the past couple of months. Main bhi aa gaya hu picture mein, aaj maine bhi accha kar diya. Toh picture acchi ban rahi hai. Khair ye sirdardi meri nahi hai. (Rohit Sharma and Lokesh Rahul are also playing well. I also played well. Now I too have come into this picture, that is not may headache)” Dhawan said this after his 78-run win against Sri Lanka in Pune T20. Dhawan scored 32 in the Indore T20 against Sri Lanka and 52 in the Pune match.

In the post-match press conference he said, “We dominated the series and if I talk about myself, I had a challenge that I am coming back after an injury and I have to perform. Everyone has different challenges. A lot of players coming in, they have their own challenges,”

“Today we wanted to give a fair chance to the players who hadn’t batted in the series,” he said “We’re left with just 15-20 games [before the T20 World Cup]. They’re rotating the players so that when the World Cup comes, everyone’s refined and knows their job. This is the best time to experiment.”

On this matter Indian Cricket team captain Kohli said, “All three openers are pretty strong players, and it’s great to have players playing well in the team. It gives you options. But I think people need to stop pitting people against each other,”

“It’s all about a team game. I don’t endorse this idea of putting people in the team against each other,” Virat Kohli added.