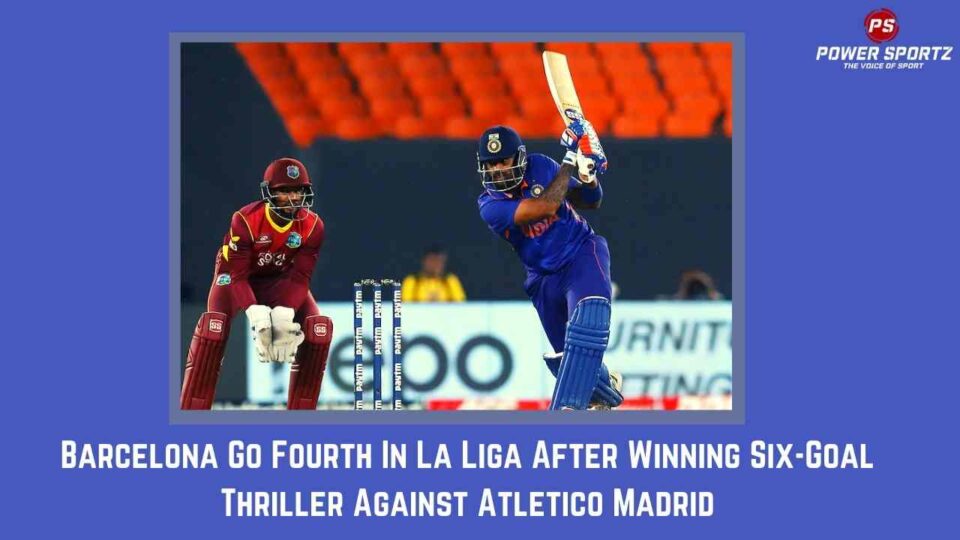 India are playing West Indies in a three-game ODI series; this series follows on from their disappointing tour in South Africa where they lost both the ODI and test series. Despite having a disappointing series the men in blue are expected to ease past in this series. Both in the three-game ODI series and three-game T20 series; the hosts started with players such as; Rohit Sharma (c), Ishan Kishan, Virat Kohli, Rishabh Pant (wk), Suryakumar Yadav, Deepak Hooda, Washington Sundar; Shardul Thakur, Mohammed Siraj, Yuzvendra Chahal, and Prasidh Krishna. Furthermore players such as Ravi Bishnoi, Avesh Khan, Shahrukh Khan, Deepak Chahar and Kuldeep Yadav; made the numbers in the bench.

India beat West Indies in the first match of the ODI series!

India won the toss and elected to bowl first; Chahal was phenomenal as he took 4 wickets along with Sundar who took 3 wickets. West Indies were bowled out for a low total of 173 runs in 43 overs; the highest scorers for the side were Holder with 57 runs and Allen with 29 runs.

The hosts were able to win the match with 6 wickets as they chased the total in 28 overs; Captain Rohit Sharma added 60 runs along with Suryakumar Yadav who has added 34 runs! India just needs to win another match to seal the faith of the series!