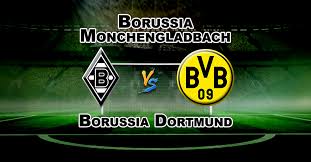 Borussia Dortmund and Borussia Monchengladbach are set to lock horns in the Bundesliga. Despite winning the German Super Cup against Bayern right before the start of the ongoing Bundesliga season, Borussia Dortmund have failed to keep their golden form alive. Monchengladbach, under MarcoRose, are leading the league proceedings. The five-time German champions have earned 16 points after seven games and are leading the league.

Dortmund, on the other hand, are eighth in the table and are just four points behind the best spot to sit on. Dortmund last season missed the league from their own hands and can take this match as a pathway to draw a different script under Favre, who would love to do best against his former club as a manager. With four goals and four assists, Alassane Plea is in looking in great touch and  Marco Rose must be aiming to keep this golden run alive.