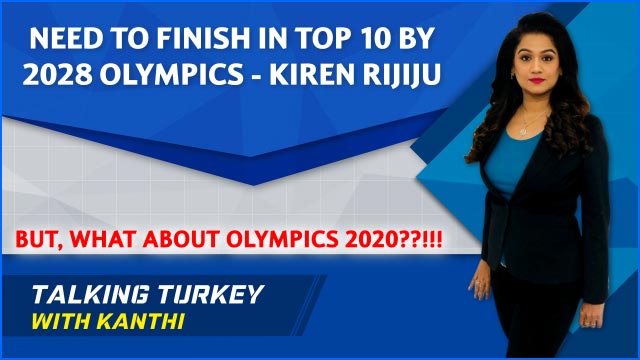 The Sports Minister, Mr. Kiren Rijiju envisions a marvelous show by India at the Olympics in 2028, finishing at the top 10, else he will consider himself a failure. However, should we forget how prepared we are for the next Olympics in 2020?

The episode of “Talking Turkey with Kanthi” aired on October 18, debated on this. “If India were to be in the top 10 in 2028 Olympics, where are we in 2020?” asked Kanthi D. Suresh, show-host and Editor-in-chief of Power Sportz.

In a discussion with eminent shooters in the studio along with a journalist, there was an in-depth analysis of India’s medal prospects in the upcoming Tokyo Olympics in 2020 during the show.

To know more about India’s chances next year, keeping in view of the Sports Minister’s dream of finishing at the top 10 in the 2028 Olympics, watch the full show here.