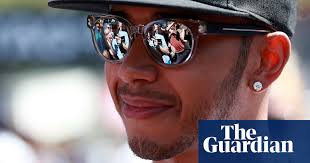 When Lewis Hamilton, at a media briefing, was asked about his plans to retire from F1 ahead of the British Grand Prix, his response was a simple four-word response. “Hopefully no time soon,” he replied. Hamilton is at the threshold of becoming Silverstone’s most accomplished driver this weekend coasting to his sixth win at the Northamptonshire track.

“I love the challenge of trying to keep these young’uns behind me,” he quipped. The race begins at 2.10 pm GMT on Sunday, coinciding with the Wimbledon men’s singles final, in fact, after 10 minutes Federer and Djokovic kick start their title campaign at the center court.

“The British Grand Prix is the most special grand prix of the year. It really is a spectacular weekend. There is excitement and adrenaline going and there are pressures,” he said.