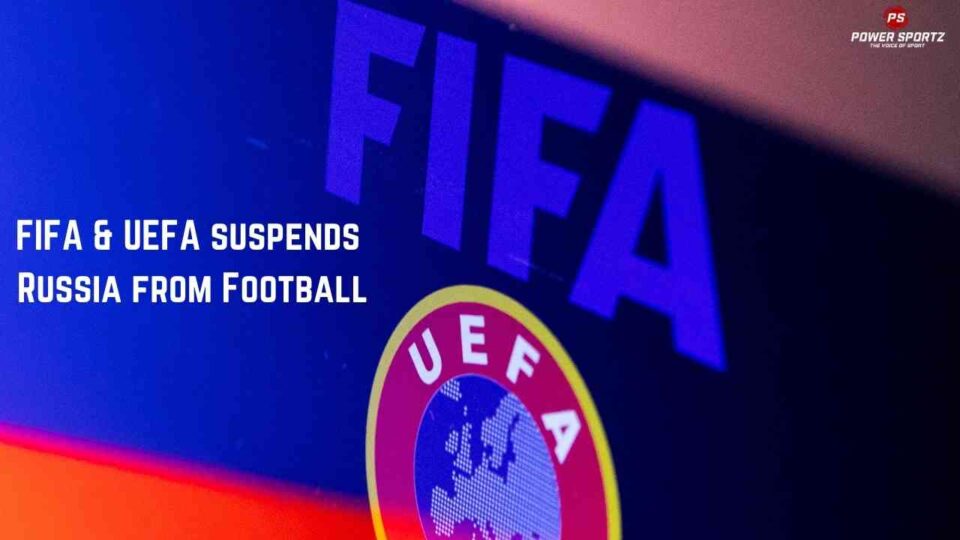 FIFA and UEFA have suspended Russian clubs and national teams from all football competitions. Hence, until further notice, Russia can not take part in any tournament organized by FIFA or UEFA.

After days of rising outrage, the most powerful entities in football joined the International Olympic Committee in acting. Russia will be unable to play Poland in a World Cup play-off semi-final next month, and its women’s team will be barred from competing in this summer’s European Championship in England.

Russia’s only remaining club side in European competition, Spartak Moscow, will also be unable to compete in the Europa League.

In a joint statement, the two governing bodies said

“Fifa and Uefa have today decided together that all Russian teams, whether national representative teams or club teams, shall be suspended from participation in both Fifa and Uefa competitions until further notice.”

“These decisions were adopted today by the Bureau of the Fifa Council and the Executive Committee of Uefa, respectively the highest decision-making bodies of both institutions on such urgent matters. Football is fully united here and in full solidarity with all the people affected in Ukraine. Both Presidents hope that the situation in Ukraine will improve significantly and rapidly so that football can again be a vector for unity and peace amongst people.”

Uefa also made a second major announcement, stating that it has terminated a long-standing and lucrative sponsorship agreement with Gazprom. The Russian gas giant had been a sponsor of the Champions League for a decade, and the competitions final was set to take place in the Gazprom Arena in St Petersburg this year.

Meanwhile, a few days back UEFA also shifted the Champions League final venue from St Petersburg to Stade de France. However, now, they have taken a big step to suspend Russia from even participating in any competition.

Fifa announced on Sunday that Russia may join in World Cup qualification provided their name was changed and matches were played on neutral grounds. Fifa termed the decision as “first measures,” but Poland, Russia’s World Cup qualifying opponents, fought back vehemently. A number of other European nations, including the football associations of England, Scotland, Wales, and the Republic of Ireland, backed Poland’s position.

Thus, as the pressure grew on the governing bodies they eventually took the decision to bar Russia. Meanwhile, a decision is yet to be made regarding the Russian athlete’s involvement in the non-Russian clubs.