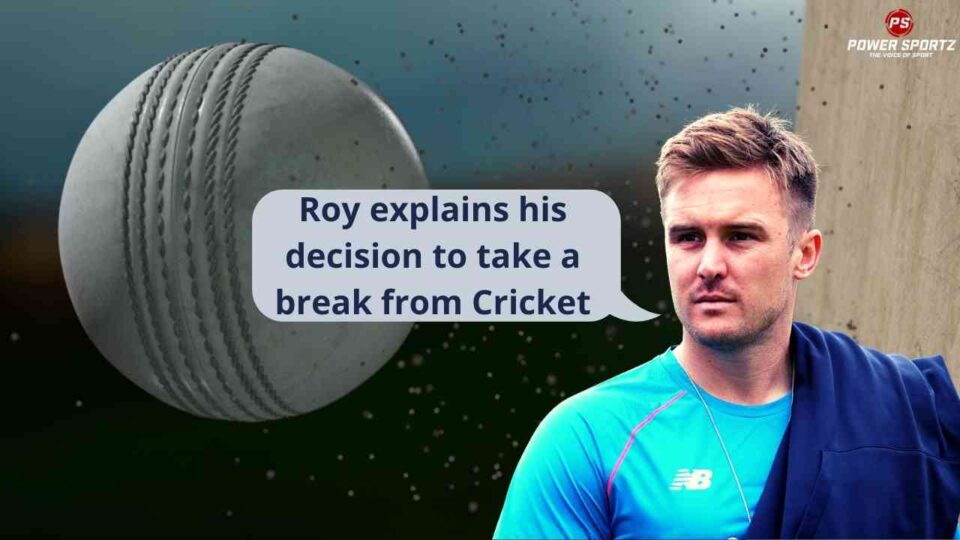 The England opening Batsman, Jason Roy has made it clear that he will no longer take part in the IPL 2022 campaign. The South African born England international was bought by Gujarat Titans, who will now look for a replacement.

Roy, who was signed by Gujarat Titans for INR 2 crore (USD 266,000) at the auction, informed the franchise last week of his decision. The Titans have yet to make a decision on a successor.

The 31-year-old recently had a solid outing in the PSL 2022, which was also played behind a biosecure bubble. He was among the best batters in the tournament and the leading run-getter for the Quetta Gladiators, who placed fifth in the six-team league despite playing only six matches. Roy hit two fifties and a century in 303 runs with an average of 50.50 and a strike rate of 170.22.

However, unfortunately for Gujarat Titans, the in-form Englishmen will not be present to serve them. Roy posted a long Instagram message for the fans stating the reason for his departure.

Roy explains his decision to take a break from Cricket

“With everything going on in the world over the last 3 years, it’s added up and taken a toll on me. I feel it’s only right I spend some quality time with my family. As well as spending time working on myself and my game over the next couple of months leading in to a busy year.”

Surrey confirmed Roy will not play for them in the early stages of the County Championship season, which runs parallel with the IPL, and that he would instead take “a brief indefinite sabbatical from the game to spend time with his family”- said in a statement released on Tuesday.

Meanwhile, the new Franchise is yet to announce the one who will act as his substitution for the team.

3 players who can replace Jason Roy in Gujarat Titans

Martin Guptill entered the IPL 2022 mega auction with a base price of INR 75 lakh. However, he was unable to find a buyer and went unsold. Nonetheless, with Jason Roy out of the lineup, the veteran New Zealand batter could have a chance to get into the Titans’ lineup.

Despite leading Australia to their first T20 World Cup victory in the UAE a few months ago, Aaron Finch went unsold at the IPL 2022 mega auction. Even at his initial price of INR 1.5 crore, no team was willing to buy him. He now gets the opportunity to begin the innings for Gujarat Titans alongside Shubman Gill.

Despite being a late bloomer at the international level, Dawid Malan has established himself as perhaps England’s best T20I batter. Moreover, for a long time, he was the top-ranked batter in the format. Unfortunately, at the IPL 2022 super auction, no team put their faith in him. But, now he has a chance to fill in the shoes left behind by Jason Roy.

The IPL 2022 will commence from 26th March. Thus, it remains to be seen with whom will Gujarat Titans go with to replace Roy.