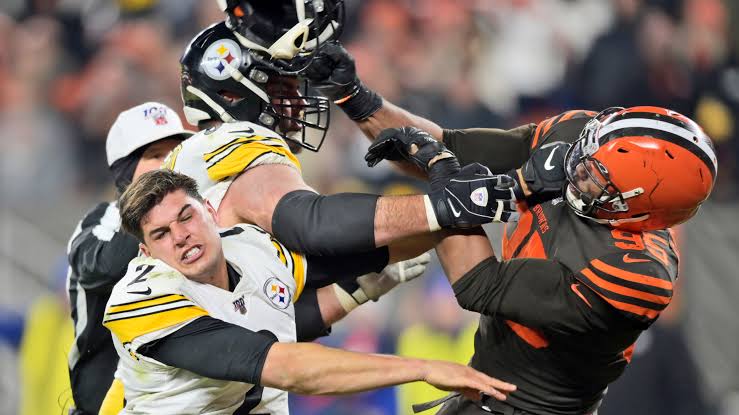 Violence is not new in games, in fact it is part of the game in numerous sports but this is more than a natural violence in any sport. Myles Garrett seems to cross a line this time and that has attracted the attention of authorities and other criminal prosecutors. Yes, Garrett’s helmet swing is latest violent incident in sports that has attracted many in the world of sports.

The Cleveland Browns’ star defensive end has allegedly ripped the helmet off Steelers quarterback Mason Rudolph, not just that he also hit him in the head with it that too in front of a national television audience.

After the incident Garrett was suspended by the NFL for the rest of the 2019 season and playoffs. Garrett is however, not the only player to face off stiff punishment, in the past also many players including Tyson have had faced punishment, but his suspension is considered the longest one for an on-field infraction in league history.