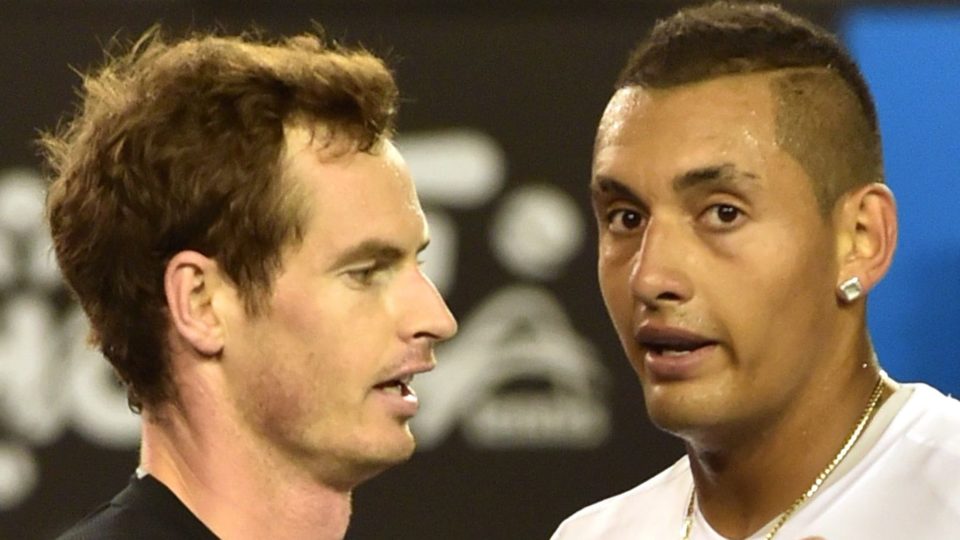 It is rather strange how a docile and amiable Andy Murray can be close pals with a serial troublemaker like Nick Kyrgios. But, the Brit tennis player who has recently made a singles comeback after staying out due to injury, Murray is a close friend of the Australian Kyrgios. Known to have temper showdowns during matches, taking on all the contemporary tennis greats, mainly Nadal and Djokovic, Kyrgios had a pretty bad meltdown during his second-round ouster in Cincinnati Masters.

Talking about Kyrgios’s outbursts, laden with expletives in the match he lost in the second round, Andy Murray said it wasn’t at all good for tennis. Kyrgios smashed two rackets and broke a chair during the course of the match before swearing at the umpire Fergus Murphy and spitting towards his direction after the match.

The two-time Wimbledon champion couldn’t support Kyrgios for his derogatory behavior for which even the Australian media slammed heavily. ‘It wasn’t good, and I felt for Fergus as he shouldn’t have to put up with that. I chatted to him a little bit last night after the match,” said Andy Murray to the media.

Kyrgios could even face additional fine or face suspension for his behavior.