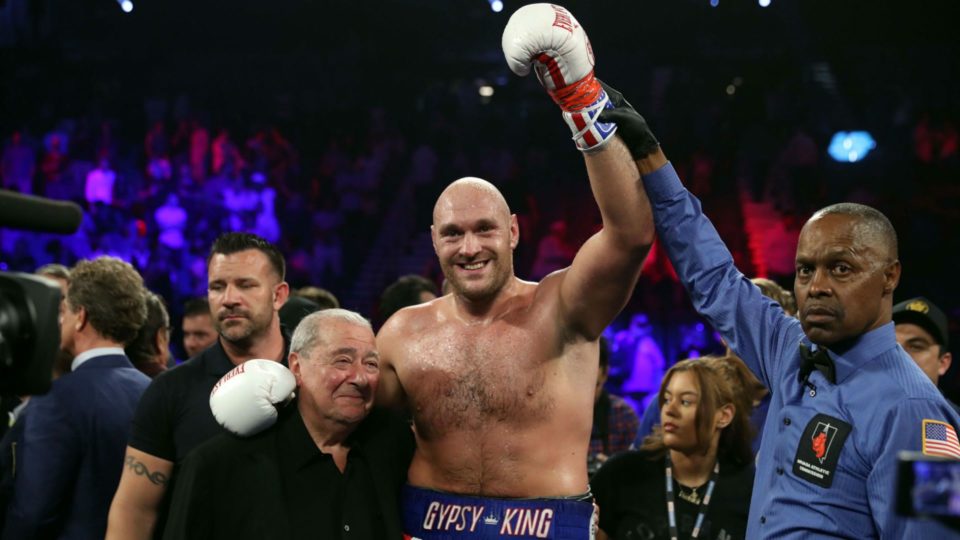 Tyson Fury is known for playing mind games and on Wednesday also he stayed true to himself – but not in the way somebody could think. This time heavyweight boxer Fury has tried his hand at promoting a fight that’s close to home – between his father and Dana White. Tyson Fury tells UFC president Dana White to take on his father John, who claimed that he would ‘smash him in one punch’ in ‘battle of the baldies’. Furry said, ‘grow a pair, and fight my dad.’

White has previously mocked at Fury’s desire to get into MMA, he claimed that the 31-year-old would ‘get smashed’ if at all he enter the Octagon. However, Fury’s dad, John, came up for his son’s support and told the UFC president to ‘keep my son’s name out of your mouth’ and has allegedly called for the two to fight it out.

Dhoni hits the nets, but unavailable for WI series next month