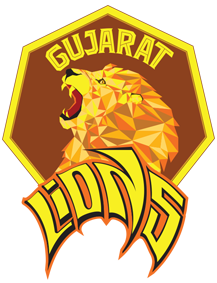 The Gujarat Lions (often abbreviated as GL) were a franchise cricket team based in the city of Rajkot, that represented Indian state Gujarat in the Indian Premier League (IPL). The team played in the IPL for 2 years (the 2016 and 2017 seasons) as one of the replacements for Chennai Super Kings and Rajasthan Royals, who were both suspended for two seasons due to illegal betting by their respective owners.[5] The franchise was owned by Intex Technologies.

In an event held in New Delhi, the Rajkot-based team was named as Gujarat Lions and Suresh Raina was announced as their captain.

Gujarat Lions stats by each IPL