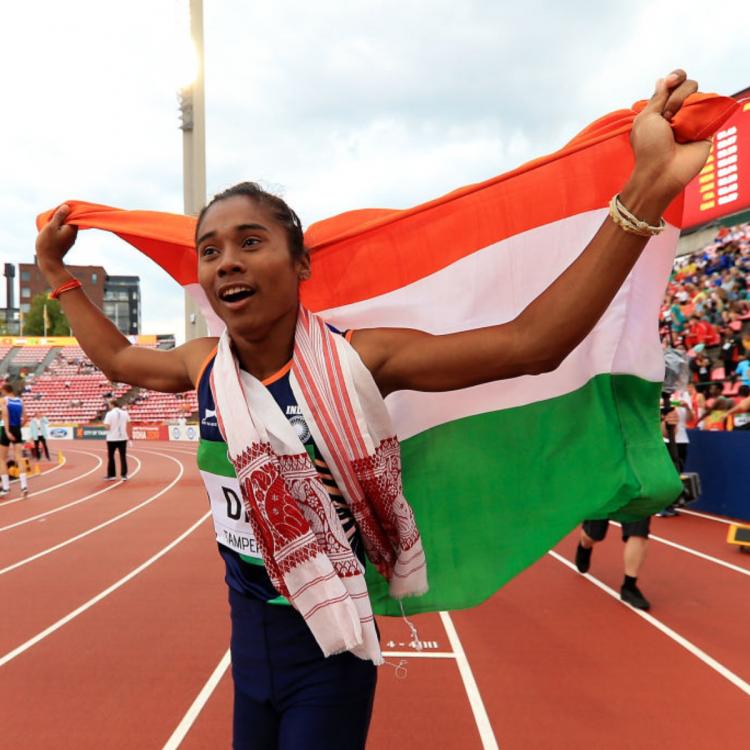 Popularly known as the “Dhing Express”, Dhing, the nondescript place in Assam she hails from, Indian sprint queen Hima Das has come a long way for a 19-year-old to surprise the entire world with her exploits on the running track. Hima has shattered record after record in her short athletic career of a little over than a year. In the last three weeks, she had won five gold medals in different events in Europe, forcing the world to sit up and admire.

She has made some of the biggest names in sports and politics her fans. Hima’s golden run in the track and field in Europe in the last few days, has got Prime Minister Narendra Modi Tweet and congratulate her. As she set the track on fire sweeping five yellow metals, the greatest sportspersons of the country took to social media to appreciate the young athlete.

Batting legend Sachin Tendulkar personally called her up to laud her achievements, which Hima revealed through her Tweeter handle. Right from the President of India to celebrities across the country have joined hands to extoll the great performance by Hima Das.

From running barefoot, because she couldn’t afford shoes to becoming the brand ambassador of Nike Shoes in a crore-rupees deal, Hima Das is on a roll, making the country and her state Assam, very proud.

Gold 3: On July 13, won 200m gold at the Kladno Athletics Meet in the Czech Republic

Gold 5: July 20, clocked a season-best time of 52.09 seconds to win gold in 400m at the Nove Mesto nad Metuji Grand Prix in the Czech Republic