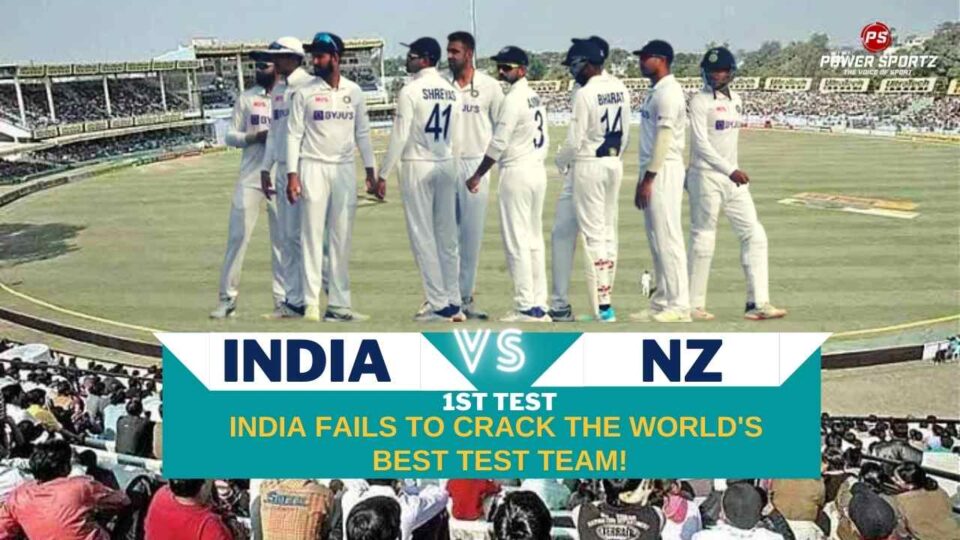 India played their first test match under Rahul Dravid; who was appointed after the conclusion of the T20 world cup. Even though, they had a disappointing T20 world cup; Dravid was able to lead his team to beat New Zealand in the T20 series with ease. The men in Blue won all the matches in the series; later, they played them in a test match.

Rahane won the toss and elected to bat first; New Zealand got up to a great start taking wickets of Mayank Agarwal for 13 runs, Chesteshwar Pujara for 26 runs, and Ajinkya Rahane for 35 runs. Despite having a disappointing start Shreyas Iyer, Shubman Gill and Ravindra Jadeja rescued their countries innings. Iyer score 105 runs along with Gill who scored 52 and Jadeja with 50; Their side finished with 345 runs on the board. New Zealand failed to chase the target as they scored 296; the majority of their runs came from the opening duo of Tom Latham with 95 runs and Will Young with 89 runs; the spinning duo of Axar and Ashwin didn’t let their opponents settle; Axar took five wickets and Ashwin took 3 wickets. New Zealand ended their first innings by trawling by 49 runs!

Highlights of the second innings of the first test match.

India started the second innings with a lead of 49 runs; Yet again India’s top order struggled to play against Time Southee and Kyle Jamieson as they took three wickets each. the only two batsmen who were able to add valuable runs for Dravid were Shreyas Iyer with 65 runs and Wriddhiman Saha with 61 runs. The men in blue declared their innings with 234 runs.

New Zealand had to chase down a total of 284 runs to win the first test series; like the last game, the Indian spinners caused a lot of problems for their opposition. Ashwin took three wickets and Jadeja with four wickets. However, the trio of Tom Latham scored 52 runs; Will Somerville with 36 runs, and Kane Williamson with 24 runs to end the match in a draw.

After this close match, these two heavyweights will play on the 3rd of December in the second test match of the series.