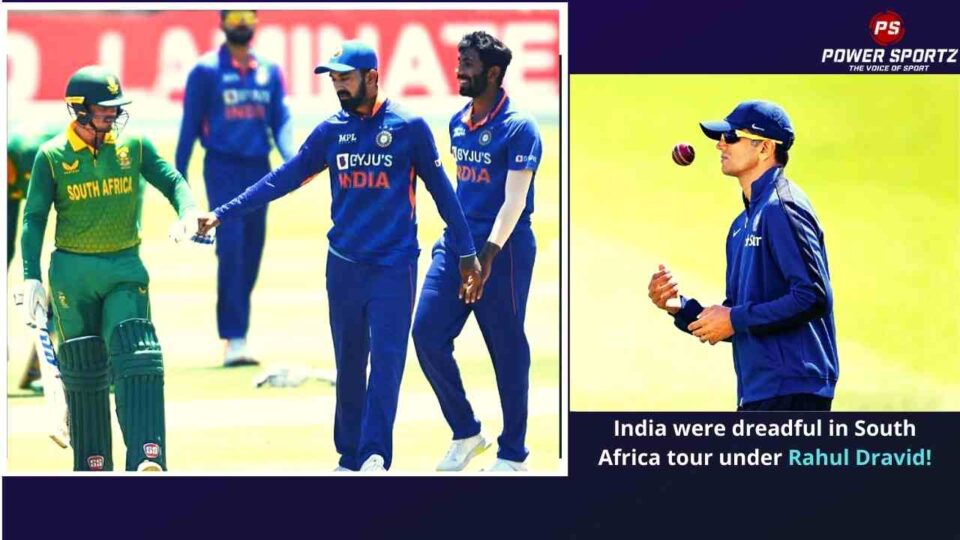 India has appointed Rahul Dravid as their head coach for the course of the next few years; Under Dravid, the team performed exceptionally well in their first series against New Zealand. This is because they won the T20 series by a margin of 3-0; along with the test series by a scoreline of 1-0 as they hosted them at home. Later they traveled to South Africa to play in their first away series under the new manager; in this tour, the teams played in three-match test series along with a three-match ODI series. This test series lasted from the 26th of December and extended until the 23rd of January!

Despite winning the first test match by a significant margin of 113 runs India has been extremely poor thereafter; they lost the remaining two games of the test series. South Africa won the second match of the series by a margin of 7 wickets and later they won the third match by a margin of 7 wickets again. This loss came about because of the visitor’s poor batting performances in the series by the top and middle-order; it is expected that before the next test series the BCCI will make many changes to fortify their batting department. The next test series will be played on the 25th of Febuary when they will face Sri Lanka.

India yet again failed to win the ODI series!

Despite having one of the best ODI series in the world India had a horrible ODI series; firstly South Africa won the match by a margin of 31 runs. Later the hosts secured the series by winning the second match by a huge margin of 7 wickets with 11 balls to spare. Lastly in a match that wasn’t of much significance, South Africa managed to win again by a margin of 4 runs!

What changes do you think the BCCI will try to make for the next season?