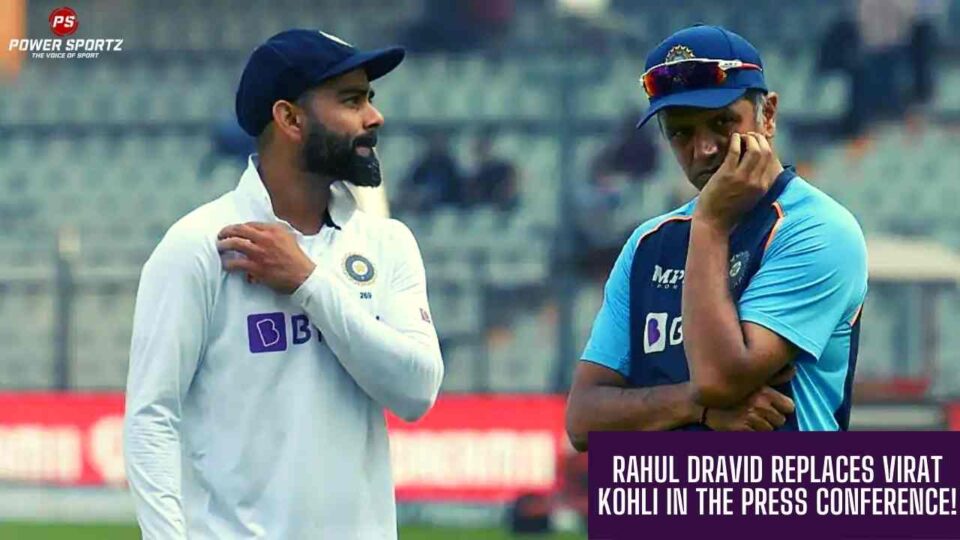 Rahul Dravid has been extremely successful as a coach; he has won his first series with the men in blue without losing a single game. Despite having helped his side play extremely well there have been many problems within the team. These problems are to do with Virat Kohli’s current role for the side; and further came about as the superstar was removed as the ODI captain. This move lead to a heated exchange of words between Kohli and the BCCI which caused a lot of strain within the whole unit.

Currently, India is taking on South Africa in a three-game test series followed by a three-match ODI series; Kohli is acting as the captain for his side in the test series along with KL Rahul as the vice-captain. Despite being removed as India’s ODI captain; Virat Kohli could end up retaining that role if Rohit Sharma is unable to recover from the injury he picked up while training for the tour. How many runs do you expect Kohli to make in the test series against South Africa?

Rahul Dravid addressed the press for the first test match!

Firstly when asked if the coach had a role in amending Kohli’s role, he said; “To be honest that is the role of the selectors and I’m not going to get into individual conversations; that might or might not have had. It’s not the place and the time to be doing that and discussing that.” Later he went on to praise Kohli; by saying that Virat has helped the team grow both as a captain and as a player and that he wants the player to keep pushing further.

Despite the fact that BCCI has made a decision to replace Kohli as the ODI captain; do you think it was the right decision?

Manchester City host Leicester City as they hope to retain the title!