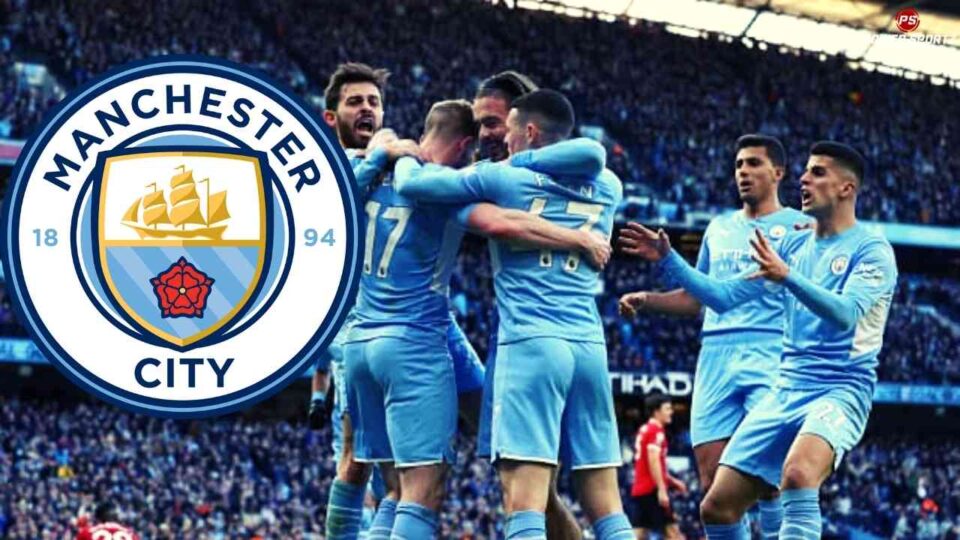 The Champions, Manchester City defeated their arch-rivals Manchester United in a one-sided affair by 4-1 at home. The Sky Blues turned out to be too good for the Red Devils, who have degraded their standards of play.

The 187th Manchester Derby (50th in the Premier League) kicked-off in style with full of intensity. Pep’s side only knows one way to play the game and that is to dominate in terms of possession. The Premier League champions only took 5 minutes to show their real colours as Kevin De Bryune struck the first one for the Citizens to give his side an early lead in the game.

Meanwhile, United knew they have to take their chances wisely considering they will have only a few to convert. Thus, Jadon Sancho finally became a Man Utd man after scoring a beautiful goal to make it all square again.

However, City how to respond and thus, they were back in front courtesy of De Bryne’s rebound strike. This made the game end as 2-1 in City’s favour for the first half.

The second half whistle blew with United fans hoping for a turnaround on their enemy’s turf. However, Ralf’s halftime talks showed absolutely 0% signs to improve his side’s performance. There were no sense of fighting back or even an optimistic approach from the Red Devils. Pep’s side run the game around like it was a walk in the park for them.

On one end City kept creating chances and on the other hand, United kept defending. Ultimately, Riyad Mahrez exceptional strike gave the Citizens a two-goal cushion.

Moreover, Man City had approx 92% of the ball possession for the last 15 minutes of the game. While Mahrez struck against at the storage time to end the game as 4-1.

Since 2016-17, when Pep first took charge of the Sky Blues, City have won 512 points in the Premier League. Meanwhile, Manchester United are lagging 109 points behind their rivals earning only 403 points.

Manchester City have completed the league double over Manchester United for the 1st time since 2018-19 increasing the overall tally to 5. Moreover, the Citizens have now achieved this feat more than any other club in the Premier League era.

“Hopefully we can say we are a pain in the a*** for Liverpool too, I said many times the success as a manager is the fact that year after year we still run like we are there to win again, even after three titles,”

Adding to this Pep further said

“We remain humble and continue to play every single game, do it and be there, these guys have done it many, many times.

“To fight with them (Liverpool) is one of the biggest achievements of my career.”

Speaking about the game, Guardiola said

Meanwhile, Ralf Ragnick was unhappy about the second-half display of his team. The United boss said

“It was working. For us it was clear if we want a chance to win the game we have to do a lot of running. You have to be in attacking and hunting mode and we did that in the first half. The third goal killed us off in the end.”

“Everyone knows how good they are. They are one of the top teams in the world and there is a gap between the two teams.”

What’s next for the two Manchester Clubs

Manchester City will welcome Sporting at Etihad for their 2nd leg the round of 16 of this seasons Champions League. The Citizens have already done more than enough to qualify for the quarterfinals by defeating the Portuguese club by 5-0 in 1st leg.

Meanwhile, Man United will welcome Tottenham to Old Trafford for another Premier League clash on Sturday