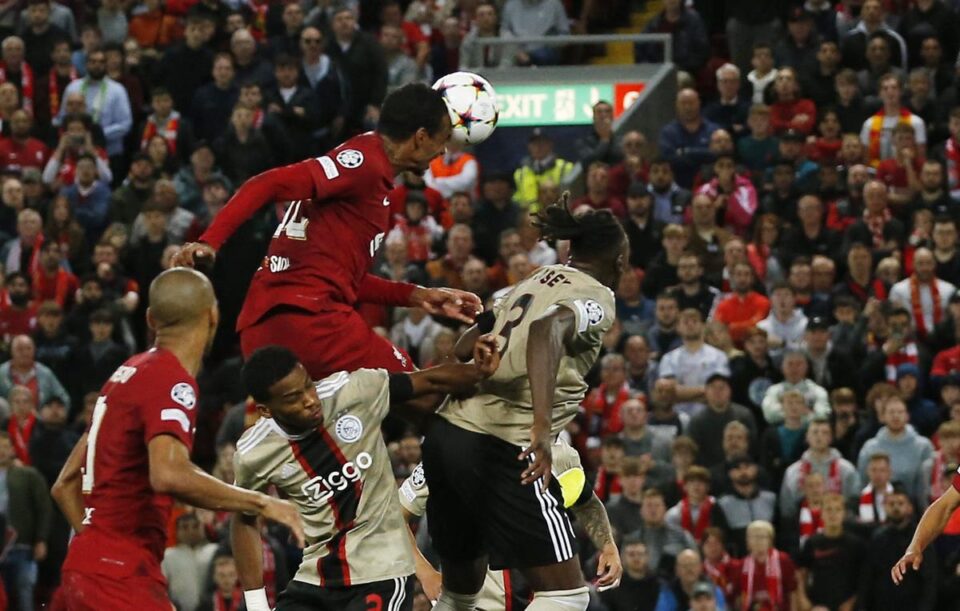 Liverpool defeated Ajax 2-1 in overtime at Anfield this evening to get back on the winning track and start their Champions League Group A campaign. As Liverpool eventually took advantage of their aerial superiority, Joel Matip rose to head in the game-winning goal in the 89th minute.

The goal was confirmed by goalline technology, sending Anfield into a frenzy. After Mohamed Salah’s opening goal was cancelled out by Mohammed Kudus’s thundering shot,

Ajax appeared to be headed for a point, but the struggling hosts ultimately deserved to win. In order to tie their opponents and Napoli for first place in the group.

As per the current standing Liverpool, Napoli, and Ajax all stand at equal points (3) while Rangers sits at the bottom.  Also, Napoli and Ajax also have a game in hand as they are set to meet today.

The team led by Jurgen Klopp entered the game fresh off a devastating 4-1 loss to Napoli on matchday one, which the German manager dubbed the worst performance of his seven-year Anfield tenure.

Liverpool finally had a chance to reply after their misery in Naples due to postponements brought on by The Queen’s death, and they blew Group A wide open with a much-improved performance.

The Reds controlled the first half and rightly took the lead after 17 minutes when Salah ended his longest-ever Champions League drought of seven games by skillfully finishing inside the near post after being set up by Diogo Jota. This was the first goal Ajax had allowed since August 14.

Within three minutes of one another, Luis Diaz, Jota, and Salah all came near as a revitalised Liverpool pushed for a second goal only to be frustrated by a rare Ajax onslaught.

The visitors put together a 26-pass move, but they still had some assistance from more sloppy Liverpool defending as they easily sliced through the backline before Kudus picked up the ball inside the area and unleashed an unstoppable strike that smacked off the underside of the crossbar.

Virgil van Dijk’s presence at set pieces was causing all kinds of issues, and Klopp’s team swiftly seized control of the game. Trent Alexander-Arnold came close with a long-range shot before forcing a double-save from the goalkeeper.

Nearly every set piece appeared to result in a headed Liverpool opportunity, with Matip participating even before his thrilling late winner.

Although it ultimately backfired for Ajax, the visitors still had a great chance to win it 15 minutes from time when Daley Blind, a former Manchester United player, sent a header just wide of the far post.

However, Liverpool had a lot more opportunities, and replacement Darwin Nunez squandered a significant one of his own before Salah’s deflected shot looped over the goalkeeper and brushed the outside of the post on its way behind for the corner that proved to be the game-winning kick.

Now, next up for Liverpool is a clash with Brighton after the international break. While Ajax will play AZ Alkmaar before the break on Sunday.

Manchester City & Chelsea to battle it out for Rafael Leao