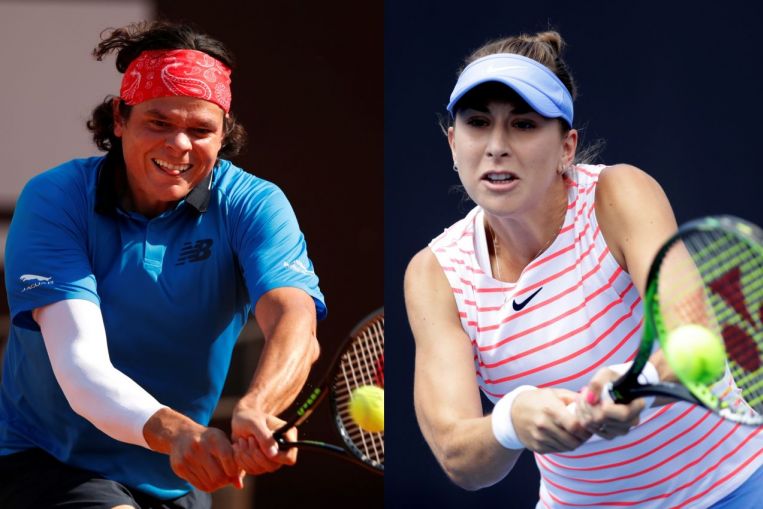 Canadian tennis star Milos Raonic and Switzerland’s Belinda Bencic have withdrawn from the French Open, said organisers as they made the draw for the final Grand Slam of the year.

Raonic, who ranks 20th in the world, was ousted in the second round of the Italian Open last week. While world no. 10 Bencic was beaten in straight sets in her opening match after getting a bye into the second round.

A postponed French Open, which begins on Sunday, Roland Garros saw a large number of key withdrawals this year. The organizers have decided to allow spectators to send the players into a tizzy.

As Bencic withdrew from the event, only six of the top 10 ranked women’s players will participate at Roland Garros. Top contenders in women’s tennis have already bowed out of the event for different reasons. Some of the star players who had excused themselves from this year’s tournament in Paris include defending champion Ash Barty, U.S. Open champion Naomi Osaka and Bianca Andreescu.

In the meanwhile, Spain’s Fernando Verdasco also withdrew off late. The event in the French capital is usually held in May-June, but this year it had been postponed due to the COVID-19 pandemic and begins on September 27. Everyone is circumspect as organizers have decided to play down the virus scare and permit fans into the courts, which could have been one of the reasons for the players to stay out this year from the second Grand Slam of the year.