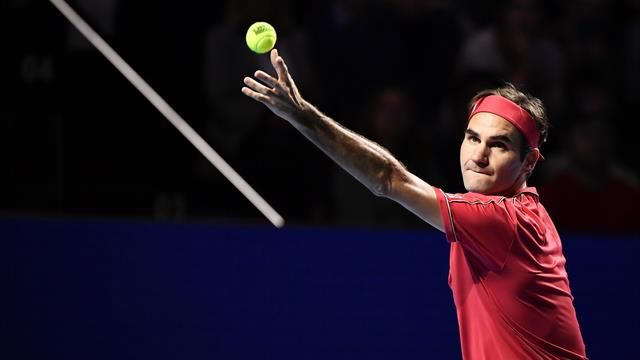 Swiss top seed Roger Federer opened his bid for a 10th title at the ATP Swiss Indoors in Basel, crushing Germany’s Peter Gojowczyk 6-2, 6-1 in the opening round.

20-times Grand Slam champion Federer allegedly celebrated his 1,500th ATP match with an impressive 6-2 6-1 win over German qualifier Peter Gojowczyk in the first round of the Swiss Indoors championship in Basel on Monday.

Playing in his hometown, Federer barely broke sweat as he fired 12 aces and won 82% of his first service points, wrapping up the encounter against the hapless German qualifier in 53 minutes.

Gojowczyk, who ranked 112th in the world, was wrapped up in just 53 minutes.