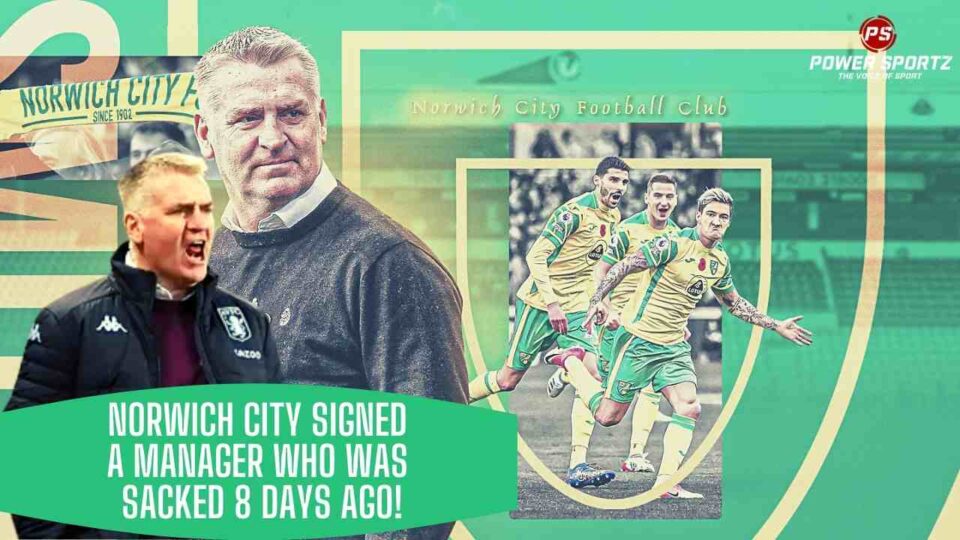 Norwich City is currently coming last in the league; After playing eleven games they have only been able to record one win. The Canaries have only been able to score five goals while conceding twenty-six of them. They decided to sack their manager Daniel Farke; The German manager had managed the club since 2017. Norwich’s board has decided to replace him with Dean Smith who they signed on a contract for two and a half years.

Dean Smith was the manager for Aston Villa from 2018 until 2021; In 2021 he was sacked as he wasn’t able to manage Aston Villa fittingly. ‘The Villains’ are coming 16th on the table two spots off the relegation zone. They have decided to replace Dean Smith with Steven Gerrard; Villa plays their next match against Brighton on the 20th of November at 8:30 pm IST.

Dean Smith has given his first press conference after joining Norwich

In the press conference, the manager said that; “It has been a whirlwind seven days; but I’m really pleased to be back and working for Norwich City in the Premier League.” He further added that “Clearly, there has been some wonderful work that has gone into this football club over the last four-and-a-half years. It is now the job of myself and Craig to continue and improve on that work with the ultimate aim of surviving in the Premier League.”

Dean Smith further added that “Norwich City is a big club, with a massive hardcore of supporters who are fully understanding in what it means to be part of the club and its community.” He concluded his statement by saying that “Together, we all have to make Carrow Road a really tough place for visiting teams.”

Do you think Dean Smith will be able to help his new side survive in the Premier League?