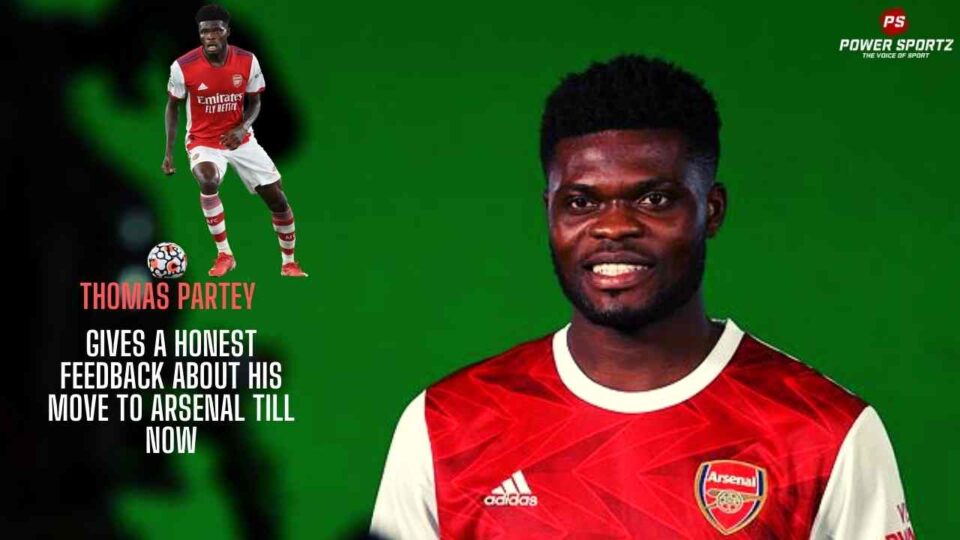 Thomas Partey established himself as one of the best midfielders in the world in Atletico Madrid; where he played for both Atletico Madrid’s B as well as their main team along with loan moves to RCD Mallorca and UD Almeria as well. Where he was able to add three trophies for his team; firstly he helped Atletico Madrid win Europa League in the 2017-2018 season. Later he helped his side win the UEFA Supercup in 2018- 2019. Most recently he was involved in helping them win the La Liga title in the 2020-2021 season.

The midfielder made the switch from his club in the 2020-2021 season as he joined Arsenal; Mikel’s side had a terrible season in their first season with Partey. The Gunners finished 8th on the table four points behind West Ham who was the lowest player who qualified for the Europa League. Further, in this season, the African midfielder has been struggling to make a great impact for his side. Arsenal is currently coming 7th in the league; as they are 4 points behind West Ham who are coming forth; Do you think they can push on and qualify for the Champions League this season?

Thomas Partey gives a honest feedback about how he has played for Arsenal!

Ever since joining Arsenal in 2020, he has only been able to play in 44 matches; this is because he has suffered from many injuries which kept him on the sideline. Many put this poor run of form to the fact that he isn’t used to the league; in addition to the fact that his current teammates aren’t at the level that his old club Atletico Madrid were at. In a recent interview, he quoted “I give myself four [out of 10], because there are moments I can really hurt the other team but there are also moments where I allow myself to lose focus and that’s when everything goes down.”

He further added that “From the start [of the Manchester United game] I had a couple of moments where I gave two balls away and someone watching on TV from home or in the stadium, it is normal that they see this.” Later he said “At the end, I have to be happy with some moments, I have to learn from the bad parts and try to do better. I think they demanded more and personally I know I can give more. I have to keep working and at the end I will get the results.”

Partey further expressed that “From the defence to the attack, I can help the team a lot.” He concluded his statement by saying “I have to read more of the game. Now I am having a lot of continuous games, it is normal that some games, or some moments in the games, I will be down.” “With more games, with more confidence, I will be able to get to where I want to be.”

Where will they finish on the Premier League table?

KL Rahul the most expensive player in the 2022 IPL season?: Player Bio