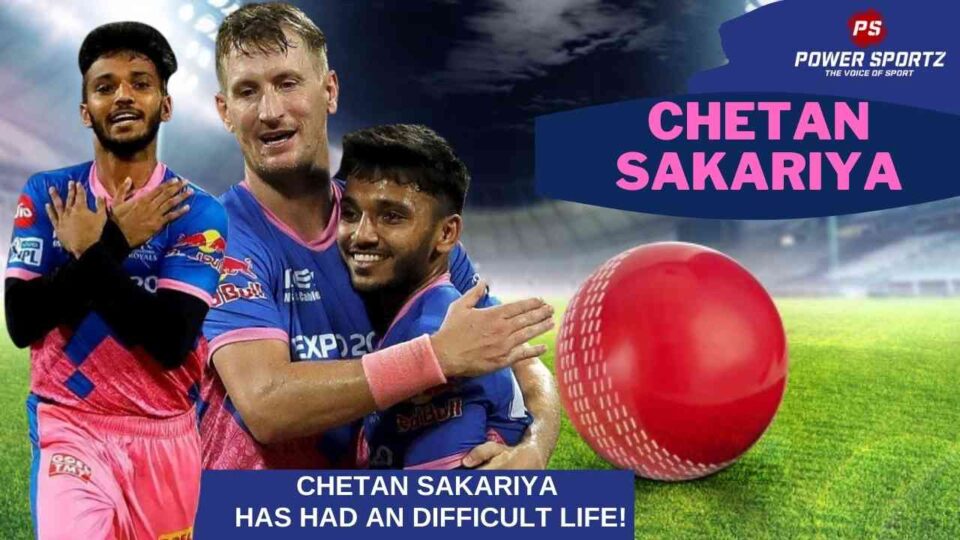 Chetan Sakariya, who was born on February 28, 1998; is an Indian cricketer who specializes in left-arm fast bowling. In county cricket, the 23-year-old represents Saurashtra. In July 2021, he began playing for the Indian cricket team.

The 23-year-old bowler; is from the hamlet of Vartej, which is 180 kilometers from Rajkot in the state of Gujarat. Sheldon Jackson, a senior member of the Saurashtra squad, purchased him a new shoe and assisted him with his training. Sakariya was only then given the opportunity to visit the MRF Pace Foundation. Jackson and Sakariya became fast friends after that. This opportunity helped give the budding player a great platform; to grow and develop his skills.

Chetan Sakariya has had a difficult life!

Even though, Chetan Sakariya has seen great success he has faced many problems off the pitch. His brother committed suicide while competing in the Syed Mushtaq Ali Trophy 2021. He was really attached to his sibling; thus the Rajasthan Royals sent him a jersey with his late brother’s name ‘R.K’ engraved on it. The jersey also has the words “Miss you buddy” inscribed on it. Later, in May his father died due to the corona. Despite, all these problems Sakariya has stayed focused on his game and is becoming a superstar.

Sakariya was picked to India’s ODI and T-20 teams for their series with Sri Lanka in June 2021. Later, on July 23, 2021; he made his International debut for India versus Sri Lanka. Further, he has made his T20I debut for India against Sri Lanka on July 28, 2021.

Even though he had a decent IPL season with Rajasthan; Where he managed to take the second-most wickets for the side. Do you think the Royals will opt to retain him in the next IPL? Or do you think he will end up being released; and start playing for a new franchise from the upcoming season of the IPL?